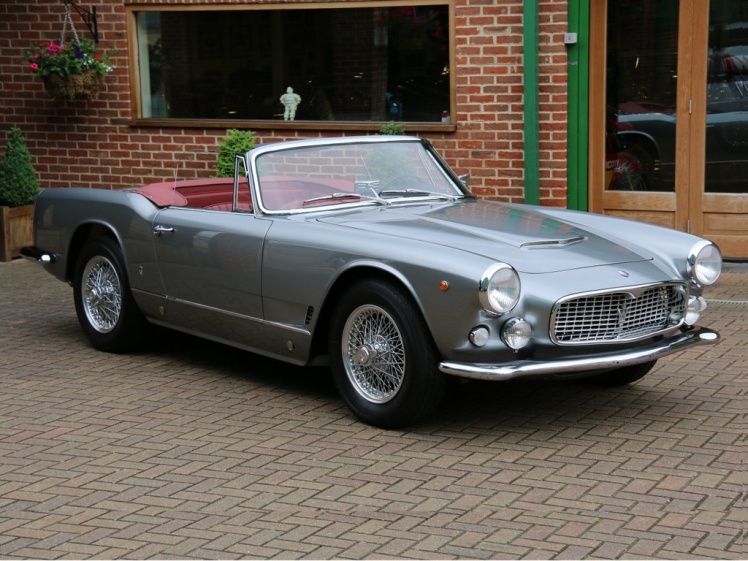 One of the most stunning convertibles of the 1960’s (nay, of all time), the Vignale Spyder is a gorgeous variation of an already very impressive car, Maserati’s 3500GT. Produced in very small numbers (only 245), this Spyder is a rare find and it will surely fetch a pretty penny when it sells. This thing embodies class, style and presence.
Price: P.O.R.
For sale in the UK
Seller: http://www.jdclassics.co.uk/
Click here to view Ad
.
1990 Ferrari F40 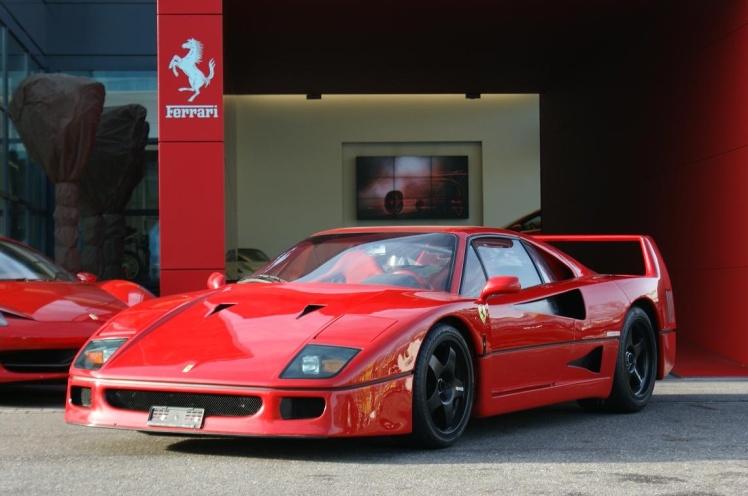 Ferrari’s 40th birthday extravaganza and the gift that keeps on giving. An almost 30 year old creation which still holds strong today as a benchmark for looks and performance; not an easy achievement. Ferrari went all out for the F40, making sure the car’s turbocharged V8 had as little weight to drag around as possible. As such, lots of (at the time) new materials were used in its construction such as Kevlar and carbon fiber. The windshield and windows are plastic, there’s no stereo and no air conditioning; hell, there aren’t even carpets or fancy luxuries like “door handles”. After all, what’s wrong with pulling on a string to open the door of your million dollar ride?
Price: 730.000€ (989.000 USD)
For sale in Switzerland
Seller: http://www.modenacars.ch/
Click here to view Ad
.
1971 Citroen SM 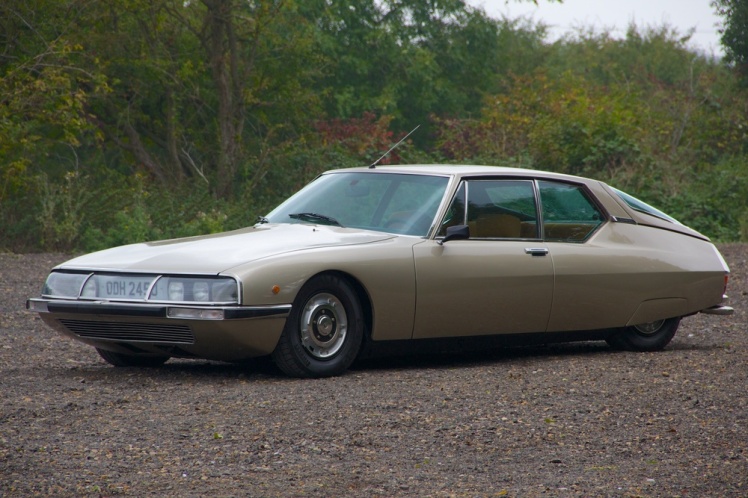 Along with the DS, the SM is the very definition of futuristic. One of the most amazing cars to ever see the light of day, Citroen’s SM is an irresistible mix of French craziness and Italian soul. Back in the day, Maserati belonged to Citroen, which meant that the SM could be fitted with a nifty little V6 and compete with other GTs of its time. Of course I use the term “compete” very lightly because the SM never really posed a threat to the sales of Porsche or Jaguar (for instance); but that just makes it cooler. It wasn’t cheap and the tremendously complicated oleopneumatic suspension can be a headache if not perfectly maintained; couple that with a tricky to service Italian engine and it’s not hard to see why owning an SM can be a challenge. However, driving what’s essentially a piece of art on 4 wheels is a great, great incentive to consider one of these. There is nothing else like it and there will never be anything else like it ever again.
Price: 45.000€ (61.000 USD)
For sale in the UK
Seller: http://www.cotswoldcars.com/
Click here to view Ad
.
2005 Ford GT 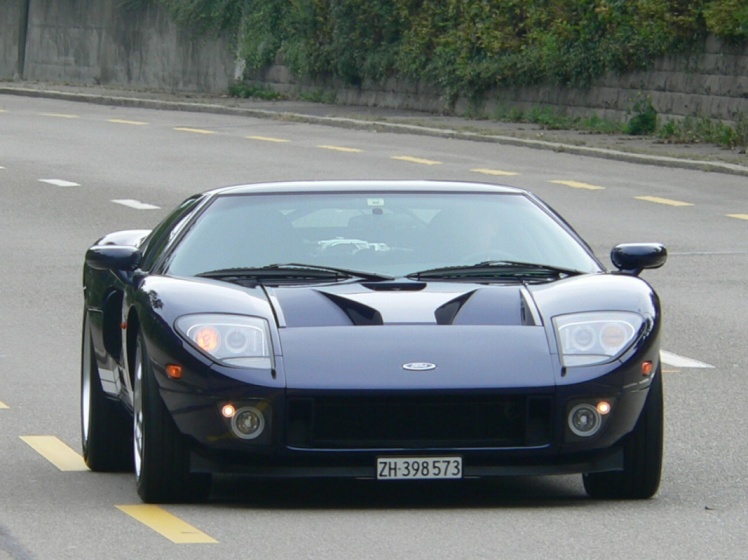 Ford’s “screw it, we’re building something cool” moment, the GT is – of course – an homage to the legendary GT40, master of Le Mans and supreme reference for American performance. This particular example is the number one car for the European market. We all know these had some minor reliability issues at first (as widely publicized by former GT owner and international conflict expert Jeremy Clarkson) but that doesn’t make them any less desirable because the GTs are simply THAT good and THAT special. Even with the design’s 10th birthday coming up soon, these still look absolutely stunning and as fresh as the day they rolled out of the assembly line.
Price: 189.000€ (256.000 USD)
For sale in Switzerland
Seller: Private seller
Click here to view Ad
.
1958 Facel Vega Excellence

A car for the elite, the Excellence had timeless European charm and plenty of American muscle. This particular car is an EX1, which means it doesn’t have the Holy Grail Hemi under the bonnet, but it does have a Chrysler 361 (5.9L) which is obviously nothing to be ashamed of. Since the EX is rarer than hen’s teeth and the EX2 is horrible (FV criminally messed up the design by removing the rear wings), the EX1 is the Excellence to have. Rare, exclusive, an icon. One of my favorite cars, you can read more about it in a previous Automotive Views post here.
Price: 129.500€ (175.000 USD)
For sale in the Netherlands
Seller: http://www.jasperbeukenkamp.nl/
Click here to view Ad
.
1994 Bugatti EB110 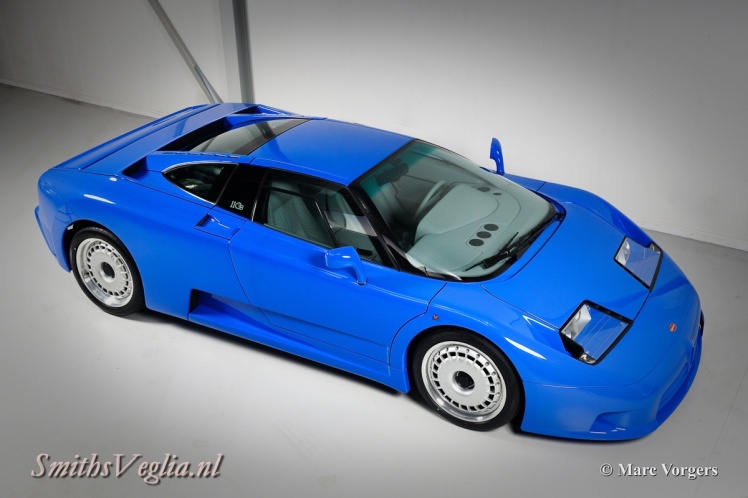 Long before the motorized nuclear bomb we’ve come to know as the Veyron saw the light of day, Bugati was making something called the 110EB. What was it all about? Well, a V12 with 4 turbos gave it 560bhp, a top speed of 342km/h and a 0 to 60 time of under three and a half seconds, that’s what the 110 was about! Despite the impressive figures, Bugatti made some crappy side deals and went belly up in 1995 with only 95 of these being made. The one featured in this ad is as close to brand spanking new as you can get, with just under 1000kms. The ad says the car was delivered in late 1996 which is a tad odd, since it would be another year before Dauer Racing could buy all the parts and unfinished EB110s so a bit more info is required there. However, the ad also states that Dauer provided a complete overhaul to the car (despite having being driven next to nothing) with numerous parts being replaced. The buyer will surely get all the info he/she needs and this car is definitely one for the history books. A – for all intents and purposes – brand new EB110 in the right color (Bugatti Blue) is a rare bird.
Price: P.O.R.
For sale in Switzerland
Seller: http://www.classicargarage.com/
Click here to view the Ad
.
2009 Bentley Brooklands 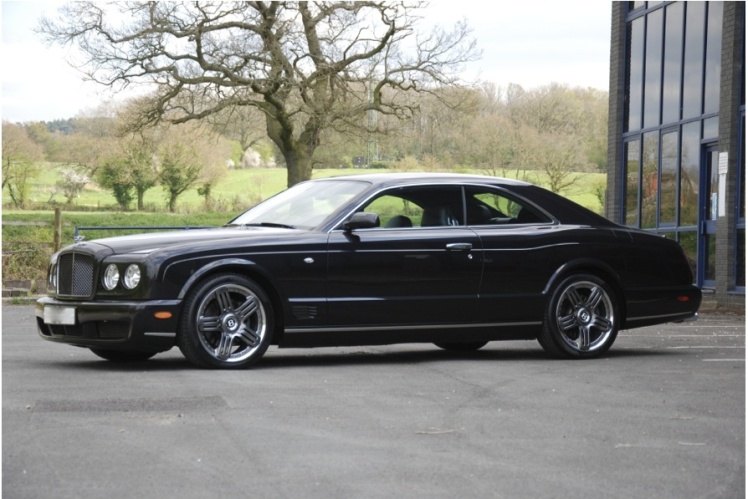 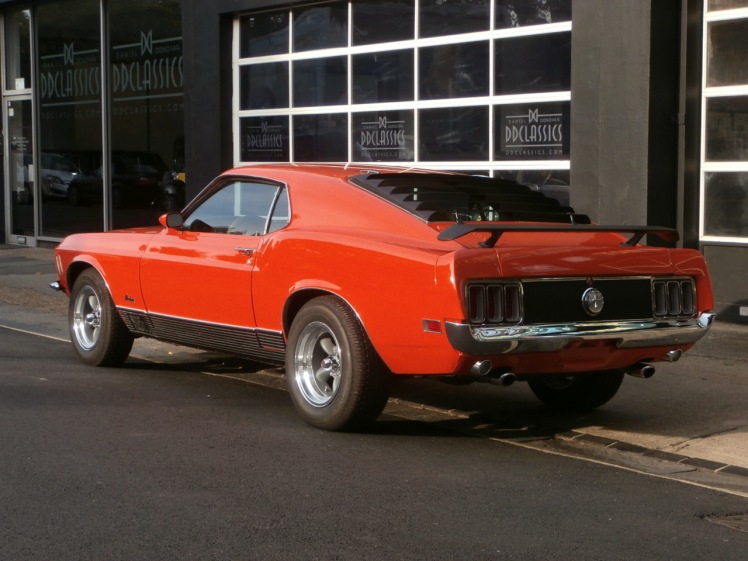 A rare sight this side of the pond, vintage American muscle is always highly valued. This particular example is a great looking 1970 Mach 1, a model halfway between the regular fastback and the mighty Boss 302. Personally I like my Mustangs black but this color certainly isn’t ugly. One thing that’s really bugging me about it is that the car is listed as “Grabber Orange”, something it really isn’t. This particular Mach 1 is wearing “Calypso Coral Vermillion”; now, I don’t know if it’s an original Grabber repainted with another factory color (Calypso) or simply a mistake in the listing, but any potential buyer needs to clarify that.
Price: 50.000€ (67.000 UDS)
For sale in the UK
Seller: http://www.ddclassics.com/
Click here to see Ad
.
Lamborghini LM002 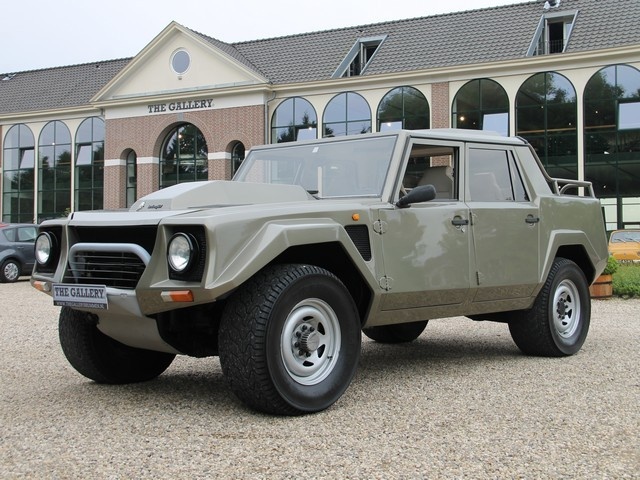 Lamborghini super cars? Nah, how about a military grade 4×4? That’s more like it! The LM002 is insane (the good kind of insane), a monster based on a concept Lamborghini hoped to sell to the US military called “Cheetah” (how I wish that deal would have worked…). Equipped with the Countach’s V12, the LM002 went from military mule to luxury SUV; even the Pirelli run flat “Scorpion” tires were exclusive to this model, costing around 1000 USD…each.
Price: 133.000€ (180.000 USD)
For sale in the Netherlands
Seller: http://www.thegallerybrummen.nl/
Click here to view the Ad
.
1983 Porsche 956 (008)

A racing titan: 956, original factory-run in full Rothams livery. Come on, how cool is that! This particular one isn’t a Le Mans winner (actually it was a spare car before chassis 007 crashed at the Nurburgring), so it won’t fetch astronomical prices but still, I doubt too many of the top race car collectors can frown on this thing, it’s absolutely beautiful and so very rare…
Price: P.O.R.
For sale in the UK
Seller: http://www.historicclassics.com/
Click here to view the Ad