With Bentley’s 100th anniversary coming up in just a few weeks, it seems like the perfect time to talk about some of the most outrageous models the company ever made: 90’s Continentals. We’re well known Continental GT enthusiasts here on AV, but the previous incarnation of the concept is also well worth appreciating and celebrating. 90’s Continentals do tend to fly under the radar of the general car loving public, but that isn’t necessarily a bad thing. You won’t see many of them around which makes them special and they’re usually kept by enthusiasts which means that they’ll be well taken care of. Plus, as far as value, they’ve been holding up fairly alright with – a good – entry to the Continental club setting you back (in Europe) around 50.000€ (56.000 USD) with prices going up from there to well over 100 grand. Today we’re gonna take a quick look at the Continental range and talk about why at almost 30 years old they’re still good, desirable rides.

The first Continental of the 90’s, the R, marked a turning point for Bentley. The company had been thrown in the same bag with Rolls Royce for years and its identity had been pretty much lost during that time. It was only when the Mulsanne got its turbo that Bentley once again started to carve a path for itself with things truly taking off from 1998 on after the Bentley/Rolls Royce split.

The Continental R was, at the time of its release, the most expensive automobile in the world with a price tag of over 271.000 USD. Named after the legendary Continental R models of the 50’s, the new incarnation of the Continental had a 6.75L turbo charged V8 with around 325 hp. It was what Bentley enthusiasts had been waiting decades for: a fast, comfortable, luxurious grand tourer with good handling. By 1994 the power output on the R had been bumped up to 360 hp courtesy of some tinkering from Cosworth and by 1996, horsepower was touching 385 with a whopping 550 lb-ft of torque. 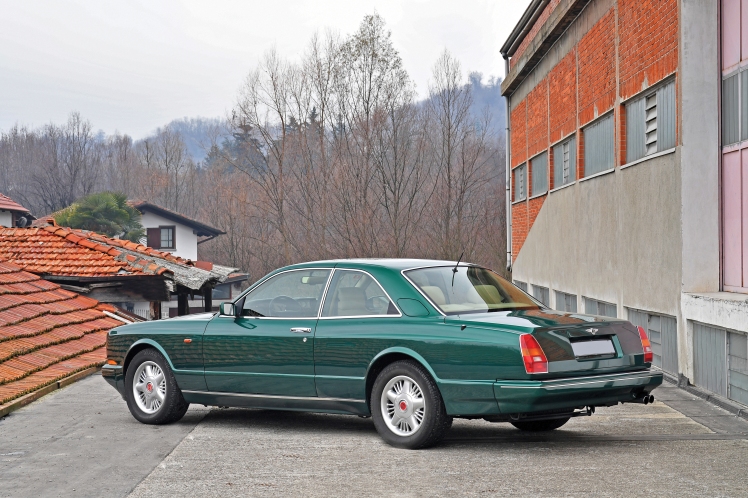 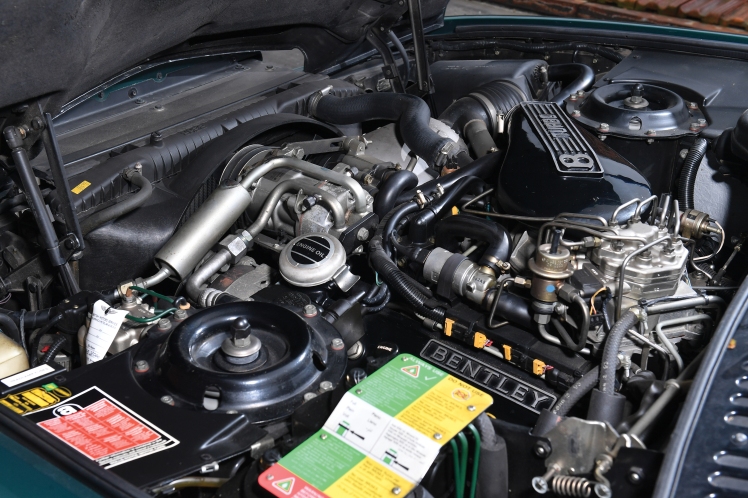 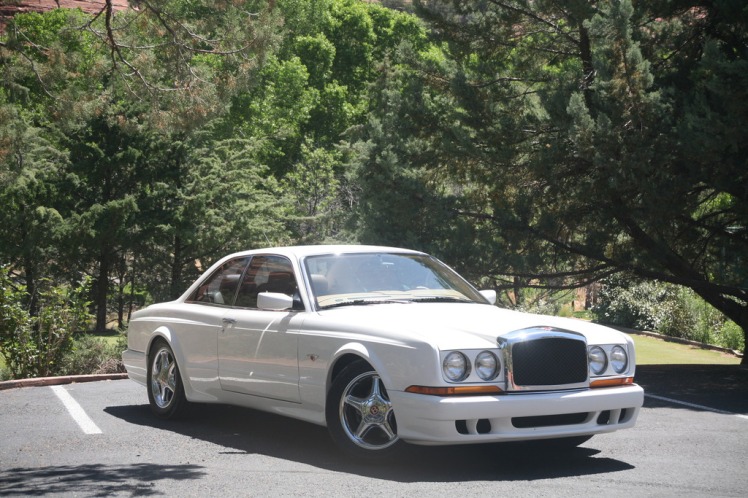 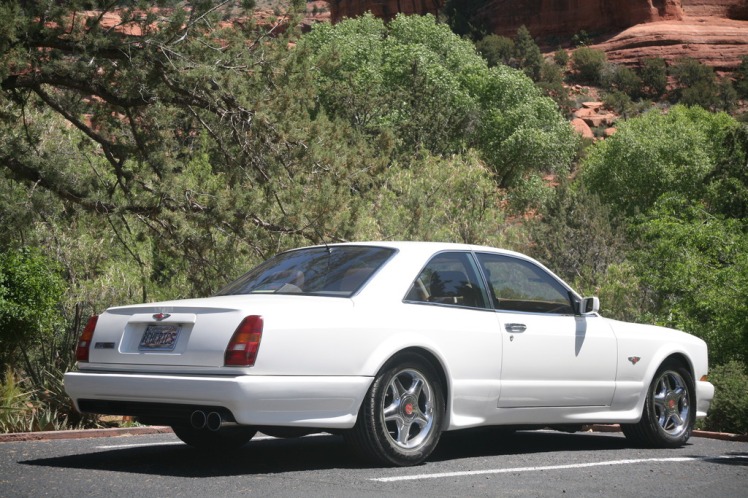 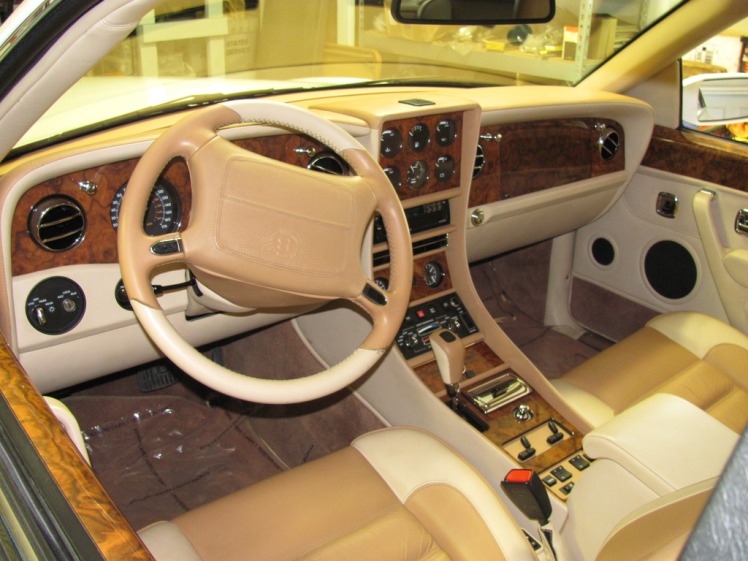 Turns out more Bentley aficionados were interested in fitting the T’s engine in the R’s body. To satisfy demand, the company made available the R Mulliner series. Basically, this was a slightly less dramatic California, a Continental R with the T’s engine and a bit more flare in the looks department without however carrying the full specific body kit that the California had. 131 R Mulliners ended up finding customers and they’re still one of the most desirable Continental variants today.

The same engine and philosophy were also applied to the Continental R Le Mans, a special edition meant to commemorate Bentley’s return to the most famous of the 24H endurance races after a 71 years hiatus. The company intended on a 50 units production run but just 46 ended up being made, making the Le Mans a pretty rare variation of the R. Mechanically and visually similar to the R Mulliner, the Le Mans had a series of cosmetic features which were specific to it like unique colors, instrumentation and interior finishes.

With a run of just 10 units, all exclusively made for the U.S. market, there was also a Millennium variant of the Continental R. With fender flares and 18 inch chrome rims this edition was – as the name suggests – created to celebrate entry in the new millennium. 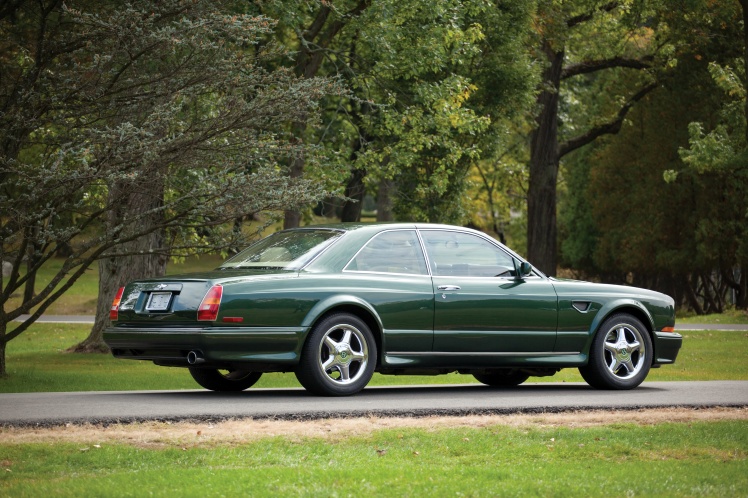 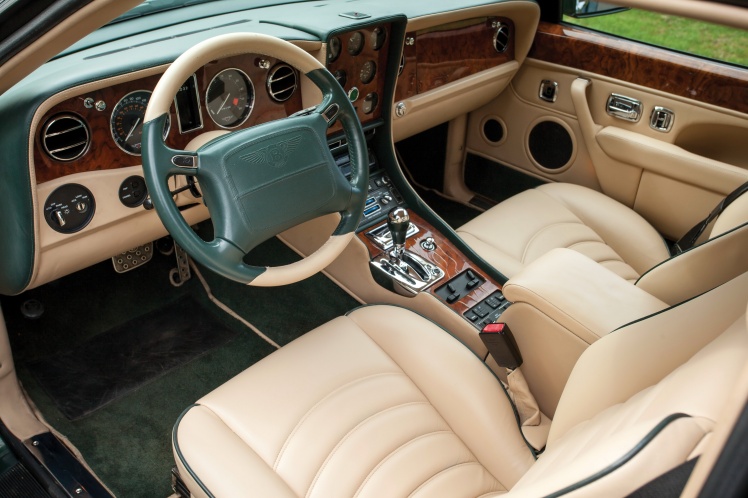 Also aimed solely at the U.S. was the Continental R 420 (200-2003), a car of identical configuration the R Mulliner. In contrast, the Continental S, a detuned version of the R with around 400 hp was only available in Europe, Asia and the Middle East and solely throughout 1995. (Neither model pictured).

Now that we’ve gone through the Continental R, let’s focus on the Continental T for a while. As stated, the T is a short wheelbase version of the R, making it a bit more agile since it’s also a lighter vehicle. Although with a much, much shorter production total then the Continental R (350 units versus 1504), the T had pretty much the same variants. Besides the standard model (featured below) in production from 1996 to 2002, 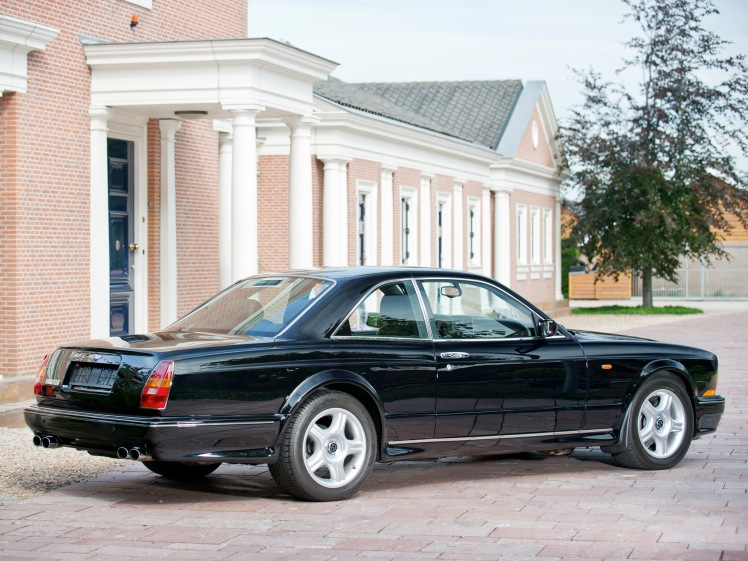 there was also a Mulliner variant in 1999, as well as an extremely rare Le Mans series of just 6 vehicles. 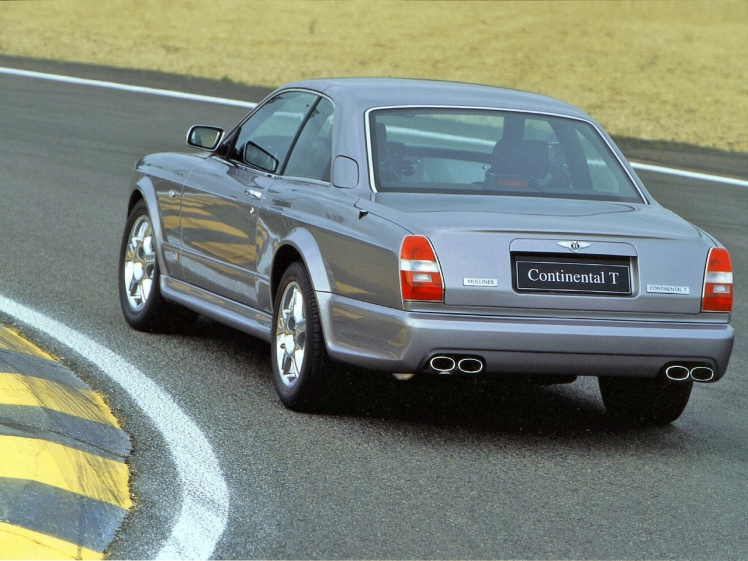 All the R and T specs and variants have something unique and appealing about them, but the most desirable of the 90’s Continentals has to be the Sedanca Coupe. Manufactured between 1998 and 2000, the Sedanca Coupe or simply “SC” features a glass targa kind of top in a similar configuration to what you may find in most generations of the Corvette, but split in two pieces (it is not however, a t-top). Mechanically the SC is basically the same as any T, but the unique open top design truly sets it apart from the rest of the Continental lineup. 73 Sedanca Coupes were made with a further 6 being Mulliner spec; it’s hard to tell the two variations apart, but a good first indication is that the Mulliners have a double single tip exhaust while the regular SCs are single exhaust. Always hot with Bentley aficionados, a Sedanca Coupe will demand that you part with about 150 grand. 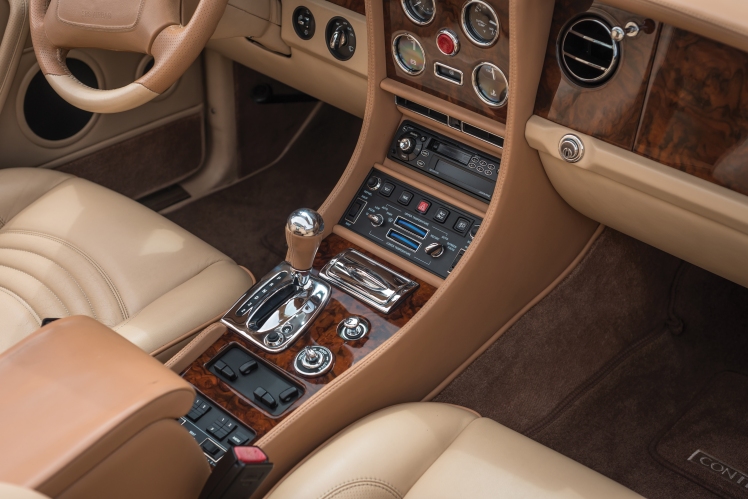 Now that we’ve very briefly gone through the Continental range (not mentioning the Blackpool cars since that’s a whole other ballgame that we’ll get into at some later date), we’ll focus on why these are good, special rides worthy of any automotive enthusiast’s attention and reverence. Bentley always had the grand tourer formula down and 90’s Continentals are no exception. Over the last few years this segment has gone through some frankly unnecessary changes with emphasis on sportiness and 0 to 60 times. That’s not what grand tourers are about; GTs are meant to be big, spacious, comfortable cars with enough power to cross enormous distances quickly. They’re not supposed to be canyon carvers or record setters on the Nurburgring. And being big (at over five meters long and almost 2 and a half tons), fast and a wonderful place to transverse thousands upon thousands of miles in is for sure what Continentals excel at.

Style wise, this generation of Continentals is basically timeless. The looks are undeniably Bentley and there’s nothing excessive about them; certainly doesn’t feel like a design which will become overly dated as time goes by. As far as the engine, the 6.75L Crewe V8 has been around pretty much since the beginning of time so it is not a problematic unit. In fact, it’s still alive and kicking today and finding its way into brand new cars. Interiors-wise, it’s just a fantastic place to be; grand tourers have to be exceedingly comfortable and Continentals tick that box easily.

As far as maintenance, Continentals are old luxury cars so they’ll never be as cheap to maintain as an econobox, but that being said they’re also far from being the worst wallet offenders out there. If you’re ever interested in a Continental, it’s best to spend more money upfront and less down the line on repairs. As we said before, people usually take good care of these but as with any other older ride, a comprehensive service history is essential for you to have a clear idea of what you’re getting yourself into. Brakes wear out quickly due to the size and weight of these things, so check to see if service has been performed regularly. Plus, there was an Alcon upgrade available for Continentals and any parts for that brake kit are particularly pricey. It’s also a good idea to make sure the hydraulic suspension is in good shape since those are a pain to deal with when faulty, but that’s the case with any car, not just Continentals. Also, inspect to make sure all the gadgets are in working order – because 90’s car – and keep in mind that body work will be expensive, so either you’re willing to pay up to get rid of dings and dents or you’re better off learning to live with them. Finally, tires. Continentals will chew through those FAST if you push them hard, so expect to need changes more frequently than you would in other, lighter cars. Overall you’d be wise to consider a 5.000 to 6.000 Euros annual running cost (fuel not included) for a Continental which will do a good few thousand miles per year. May turn out to be way more or a lot less, but it’s a good idea to keep that average budget in mind right from the start, that way you won’t be caught off guard by any eventualities.

Continentals seem to be hot right now and they’re only gonna get hotter. The reason is the same as with any other car of this period: nostalgia and the ability to pay for it. A lot of the kids who grew up admiring these from a far in the mid/late 90’s and early two thousands are now getting to a stage in their lives in which some of those fantasy childhood cars are actually accessible. It’s the same reality which in just a few years will considerably bump up the value of rides like the Maranello and even the top of the range 996s (sorry air cooled enthusiasts). Plus, in the Continentals case, a particular cult following has been developing over recent years with folks like Guglielmo Miani working extra hard to bring the big 90’s Bentley back to the spotlight, making them even more desirable. We’re definitely not expecting to see a new generation of the Bentley Boys, but it’s great to know that young folks are taking these big luxury cruisers and rejuvenating their image, putting their own modern spins on them and just enjoying everything the Continentals have to offer, which is quite a lot.