[For Part I of this two part editorial on Eleanor, click here]

If you’re anything like me and, despite all the criticism and vilification, you’re still lovesick after a couple of decades, what will it take to get you in one of these? Turns out, A LOT. There’s five routes you can get on when considering your Eleanor goals:

1) Buy one of the surviving originals

4) Buy a knockoff or someone else’s build

5) Build your own to a screen accurate spec

Since the last original sold came with a price tag of almost a million bucks, this may understandably not be a viable option for you. As for the recreations, we’ve previously covered them extensively, so that depends on your own expectations for the car and if you have a couple hundred grand to spare. As far as a knockoff or “third party” (to put it in a nicer sounding way) Eleanor, it is likely to be VERY wrong in many, many ways, from proportions to build quality and fit. So personally, I feel the ideal situation would be a sort of number 2, number 5 combo. However, anything other than getting an original or a properly licensed replica would be illegal and would constitute infringement; this article should not be in any way shape or form perceived as an encouragement to break any laws, trademark or otherwise. We’re just being hypothetical here.

So for the sake of argument, let’s say back in the day you would have picked up a then legally purchased CVS or good CVS derived kit with all the fiberglass elements; what more exactly would you need to pull off an aesthetically screen accurate build? First, let’s take a look at the basis for one. Besides a close analysis of the movie, you have the reported 3 surviving originals to check against for authenticity; let’s take a quick look at those.

There’s CVS car #unknown (VIN 7R02S211287), sold in 2009 and then again recently in 2019 by Barrett Jackson for 385 thousand dollars. It is easily recognizable because it’s an automatic (All image credits: Barrett Jackson) 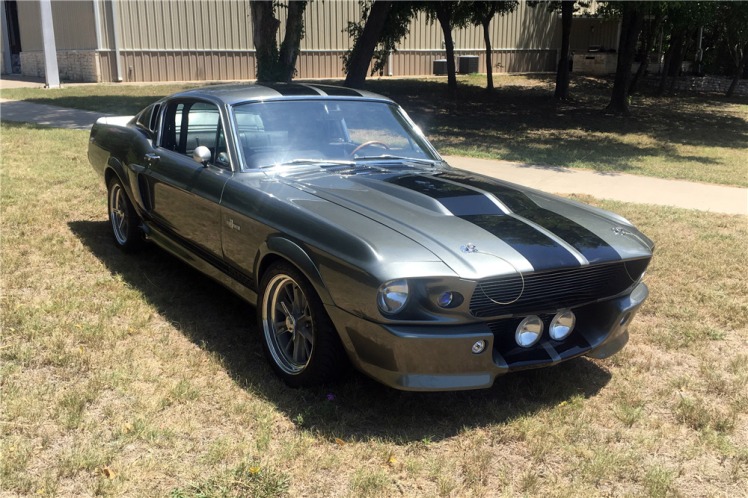 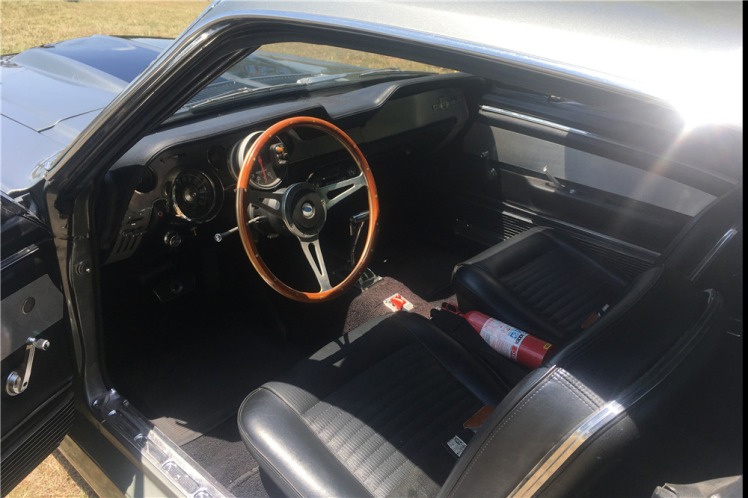 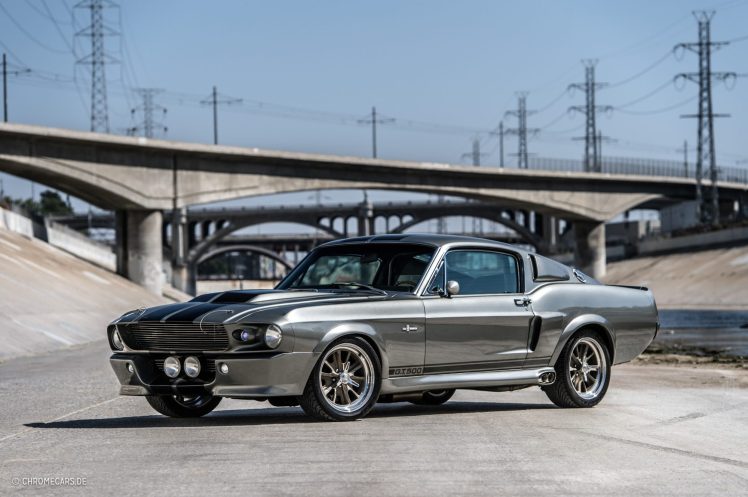 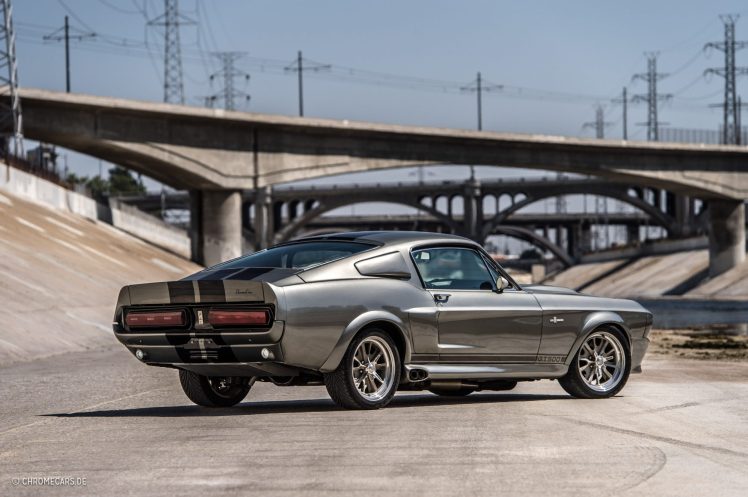 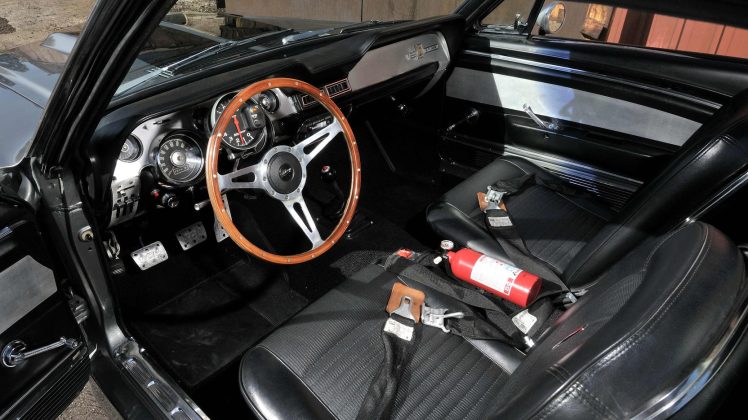 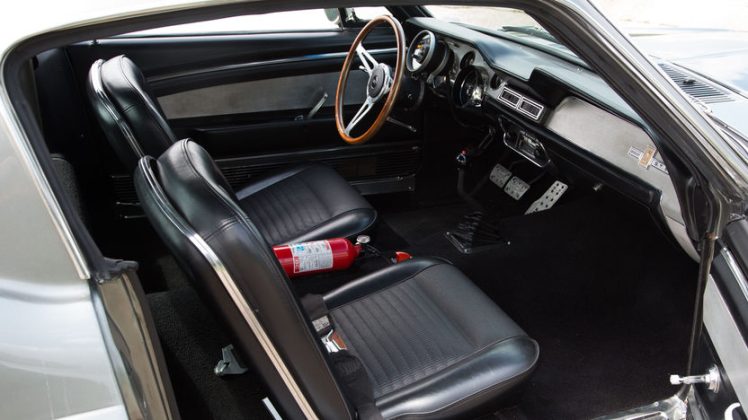 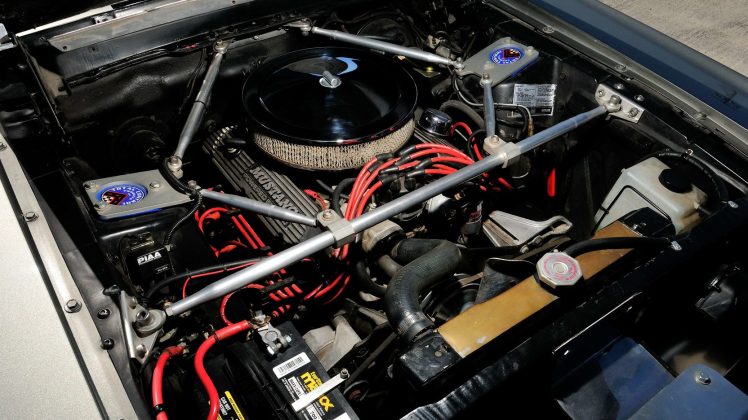 So this is easy when you have the VINS, but here’s where things get interesting. In January of 2020, Mecum sold one of the so called hero cars for over 850.000 but it’s unclear which one. It certainly wasn’t number #7 because that one is still with Chromecars.de (and bless them for sticking with their authenticity, no restoration policy), and there are significant differences with #9 and # unknown, so…no clue really. For the purposes of this article, we’ll just called it Mystery Eleanor A. In any case, the car was restored by CVS itself and you can see how the side exhausts are functional, but now they’re also movie-like oval tips instead of the original CVS kit Borla duals. (All image credits: Mecum Auctions) 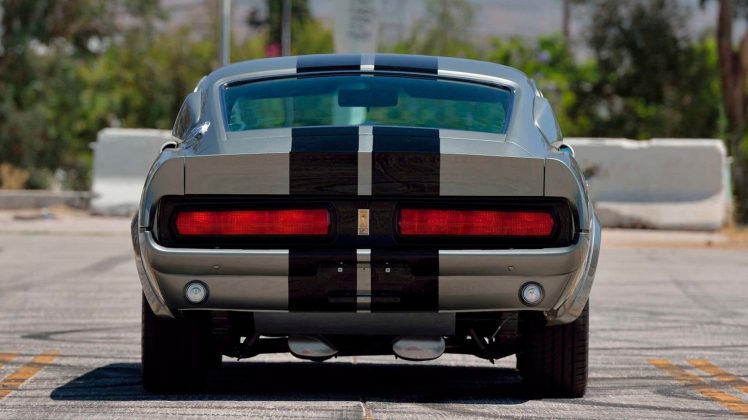 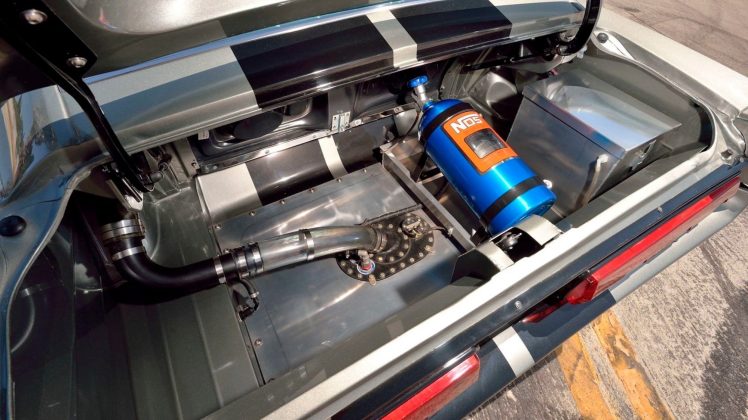 Funny enough things get even more confusing over the fact that there is another Eleanor for sale, also recognized by CVS and also restored by the company. Guess we’ll call this one Mystery Eleanor B, available at a place called Section 9. It’s up for 1.5 million. Again, no VIN info so one can only speculate about it. Aesthetically, Mystery Eleanors A and B are virtually identical. The only differences between the two cars I could spot were a slightly different tone for the center portion of the wheels, the way the nitrous button is connected to the shifter and the type of bolts used for the nitrous armed plate. That’s it. The engine bays are almost identical as well, with just the NOS tank in the back being mounted in a different spot. Otherwise, pretty much perfect copies. (All image credits: Section 9)

If you happen to have any info on these two, do get in touch because the curiosity about them is severe. In any case, this article isn’t about the real Eleanor survivors, but how good of a copy you could – hypothetically make if it wasn’t illegal – to settle your heart’s desire. Well, going from the known parts references and taking a look at the cars discussed above, other than a good body kit you’d also need:

A) Paint: DuPont Fleet Pepper Grey Metallic 44490; DuPont Fleet Black Metallic 44435 (note: Gone in 60 Seconds fans will know the film has a light yellowish tint, so Eleanors with the correct paint will still seem darker than they should in person. Some perfectionists took this into account and had paint shops make a specific blend to bring the color closer to the screen look)

D) Raydot style side mirrors (aluminum housing with black base)

F) Hood pins with a four screws base (Phillips heads)

G) Custom round exhaust tips. CVS kits had Borla dual round side tips but on screen, Eleanor was singe exit ovals on all versions. The hero cars were retrofitted with the same tips and mufflers as the ones on the CVS kits by CVS itself after the movie was done, Currently, #7, #9 and #unknown are still on doubles, while Mystery Eleanor A & B have been converted to singles

B) Lecarra 17/18-rivet (they vary, no clue why) Mark 3 Supreme Tear Drop wooden rim steering wheel with a 1.5in dish

G) Nitrous armed switch (custom made originally?) that, for some reason, nobody reproduces accurately. The Aeorform 423801 is fairly close and it could be paired with the Aeoroform 483202 Go-baby-go shifter ball (note: the plate is mounted with buttonheads on Mystery Eleanor B and Phillips screws on CVS #7 and Mystery Eleanor A)

Mechanically there would be a lot to go through, but if one were to want to go the extra mile – if one could hypothetically do something like this – it would be good to know that the original cars, with one or two exceptions, had 351 Ford Motorsport crate engines, Tremek TKO manual 5-Speed boxes, nine inch Lincoln rear axles, NOS Powershot systems, Edelbrock intakes, Willwood disc brakes, Magnaflow mufflers, Wenco driveshafts and Total Control Products truss braces, monte carlo braces, and tower export braces, as well as rack and pinion steering kits and coilover suspension kits.