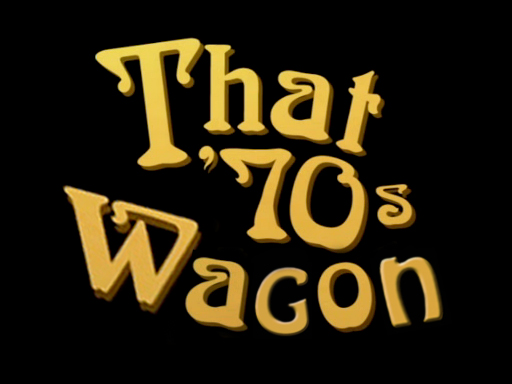 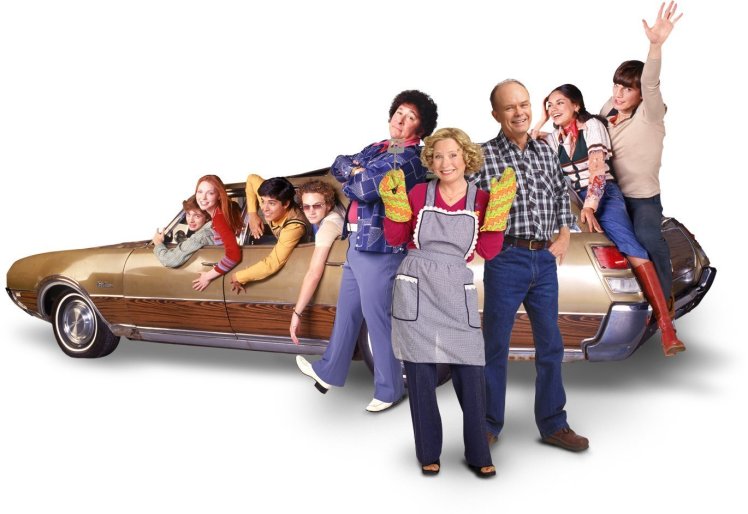 HELLO WISCONSIN! And rest of the world…You busy? Cause I was hoping you could join me in celebrating one of the most iconic names in the station wagon segment: the Vista Cruiser. What’s so special about it? Come on, “you could literally cruise the vistas!”

Despite forever more being closely associated with the 70’s, the Vista Cruiser actually came out the previous decade, starting production in 1964. However, things didn’t get interesting until 1968 when Oldsmobile started to offer the 400 cubic-inch, 6.6L V8 of the incredible 442 – one of the most accomplished cars of its time and still extremely desirable and well loved today – as an option in the Vista Cruiser. Because why not have muscle-car grunt in your family hauler? Took the Europeans decades to try a similar recipe and look how well that’s been turning out! But the 442 and 455 (we’ll get to that) optional craziness are not the Cruiser’s main claim to fame. Amongst the general public, the big Olds will always be remembered as Eric Forman’s Car.

“That 70’s Show” ran for 8 seasons between 1998 and 2006 and it was hugely popular, influencing everything from culture to fashion and turning unknown kids like Mila Kunis and Ashton Kutcher into superstars. The show tells the story of a group of teenagers in fictional Point Place Wisconsin: Eric Forman, Star Wars obsessed and “dumbass” extraordinaire, son of the ever cranky “Red” and cocktail aficionada Kitty; Donna Pinciotti, the feminist girl next door and Eric’s girlfriend for most of the show; Jackie Burkhart, the hopelessly spoiled and self obsessed mean girl; Steven Hyde, the smart, sarcastic cool guy; Michael Kelso, a lovable oaf with extraordinary skills for self harm; and Fez, the candy and x-rated material addict foreign exchange student from…? During the first 7 seasons of “That 70’s Show”, these 6 characters could be found singing the show’s theme song in the Vista Cruiser and even after that was changed, when [REDACTED, just in case someone hasn’t see the show yet, as was my case just a couple of months ago], the car still continued to play a modest part in the series. It is the object of numerous jokes and it plays a big part in Eric and Donna’s relationship over the years.

Eric’s 1969 dented and faded “Aztec Gold” Vista Cruiser became as much a part of the show as any one of the characters. After the wrapping of the final season, the car was sold to “Fez” 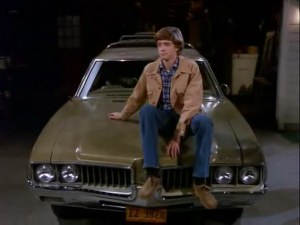 (actor Wilmer Valderrama) for – he said – no more than 500 dollars, but not before Kurtwood Smith (“Red”) stole the license plate. The Vista Cruiser was Oldsmobile’s big (so called “full sized”) wagon, and I do mean big. The 1969 model used in the show measure an impressive 217 inches, that’s over 5.50 meters long! You can comfortably seat…well, everyone you know in there. Regarding gas mileage, for a monster that size…it is what you’d expect it to be: terrible. That’s actually one of the recurring themes in the show, Eric needing money for the kids to ride around. The Vista Cruiser’s thirst and the problem that represents for the kids is a symbol of the times depicted in the show, the aftermath of the oil crisis and recession. Eric only has the Cruiser because Red and Kitty Forman began driving around in a small 1976 Toyota Corolla. The massive import wave of small, reliable, cheap to buy and cheap to run cars from Japan after the oil crisis marked a shift in US car buying trends that still lives to this day. The orange Corolla wasn’t just a random addition to the show, but very well integrated subtext.

Besides the Forman rides, other cars featured in “That 70’s Show” include Steven’s cool black 1967 El Camino, given to him by the ever spaced out Leo, Red’s luscious 1958 Corvette, a gigantic 1977 Lincoln Continental owned by Jackie’s father and of course, Kelso’s vans: a 65 Dodge A100 and a VW bus. He would later upgrade to an MG Midget. 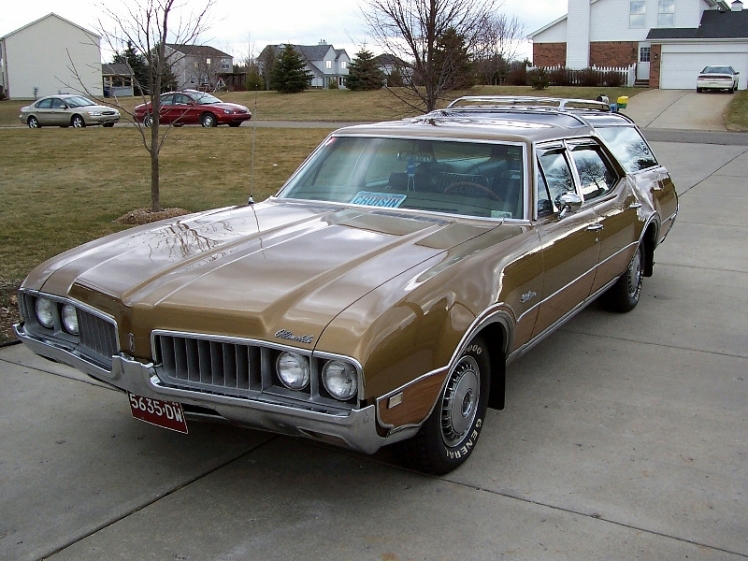 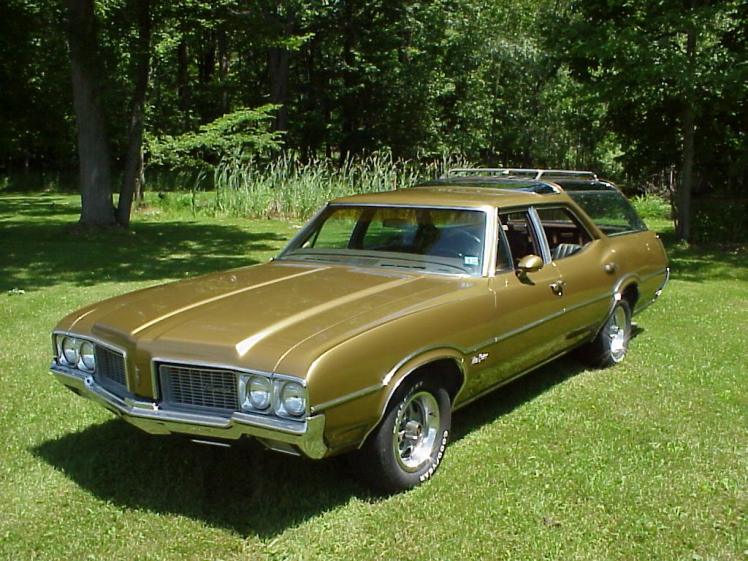 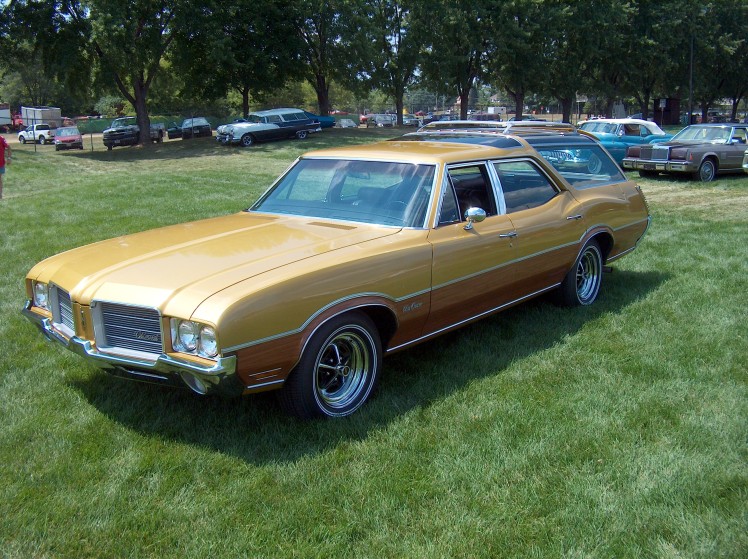 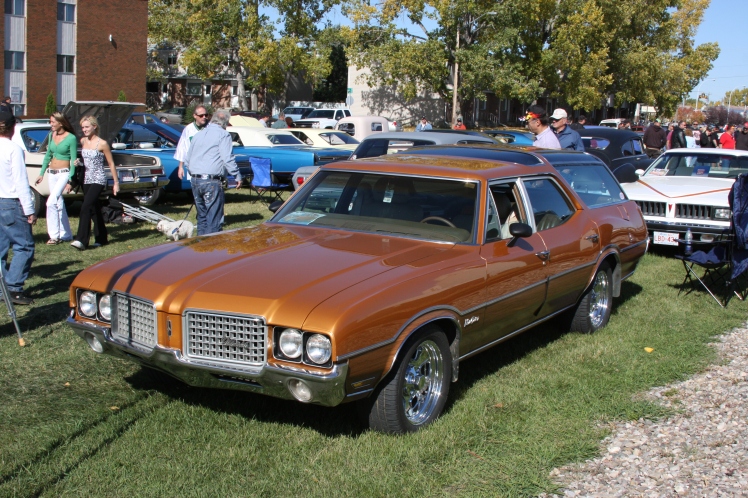 As you can see (depicted above are a 69, 70, 71 and 72 models) The Vista Cruiser didn’t change all that much between 1969 and 1972, the year which marked the end of gen. II. After that, they got – like all American cars of the period – useless due to all the restrictions and design wise, just plain ugly, losing the whole point of their name with the big panoramic skylights no longer being a feature.

Speaking of the last year of proper Cruisers, a 1972 model brought the Olds back to TV stardom between 2008 and 2013. J.J. Abrams, Alex Kurtzman and Robert Orci teamed up to bring to life one of the most complex, interesting (and sometimes just downright creepy) shows in television history: “Fringe”. It revolves around the actions of 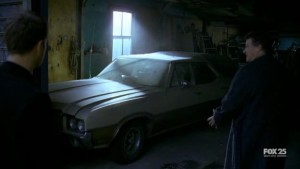 brilliant – slightly mad – scientist Walter Bishop whose choice of pushing the boundaries of science for personal reasons results in two parallel universes colliding, shattering laws of physics and causing an endless tilde wave of nefarious consequences to crash down on both sides. On episode two of the first season of “Fringe”, Walter suddenly remembers where he kept his Vista Cruiser hidden for the last 17 years; from then on, the wagon becomes his son’s (Peter) main means of transportation and the wagon keeps on being used all the way to 2036!

So if this little piece got you all nostalgic, what does it take to get a Cruiser in your life? Surprisingly…quite a bit. These are not easy to find. A project car will set you back around 5 grand or less; something in pretty good condition will go for roughly double that and the really nice ones get around and over the 20 grand range. This of course for wagons with the standard 350. Special order ones with the optional big engines will be a pain to find and very expensive to buy. While 1968 and 1969 had the 400 option from the 442, from 70 to 72 you could get the even bigger 7.5L 455, the “white whales” of Vista Cruisers. The ultimate Cruiser unicorns though are two 1970 very special factory built 442 spec (455 engine) with W30 package, meaning special camshaft and heads, bigger exhaust ports and valves. One for “Dr. Oldsmobile”, racer and performance whiz Joe Mondello – pictured below – and another who vanished after being shipped overseas. 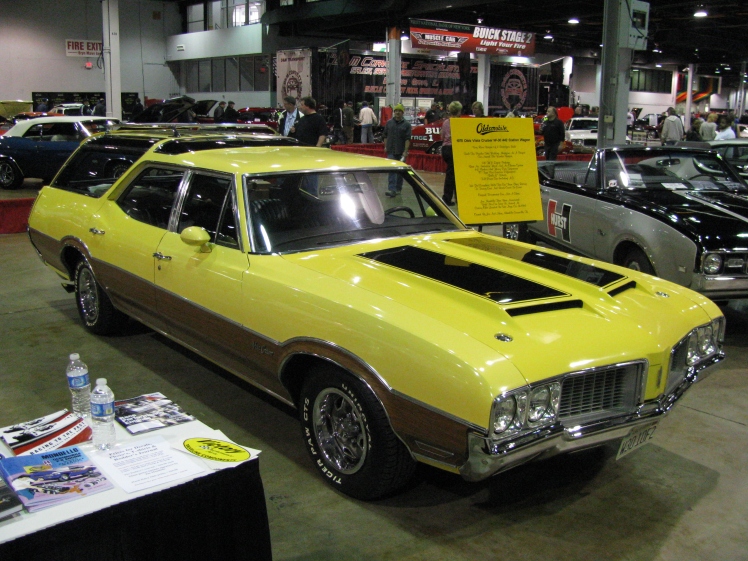 Vista Cruisers – especially the second generation – are impressive pieces of Americana. Symbols of an era when you (and the family) could just pack up and go on the longest road trip you could think of, unburden by mundane things like gas prices. By the mid 70’s Nixon was gone, rock lived on and the kids were all alright…but the Cruiser glory days were over. 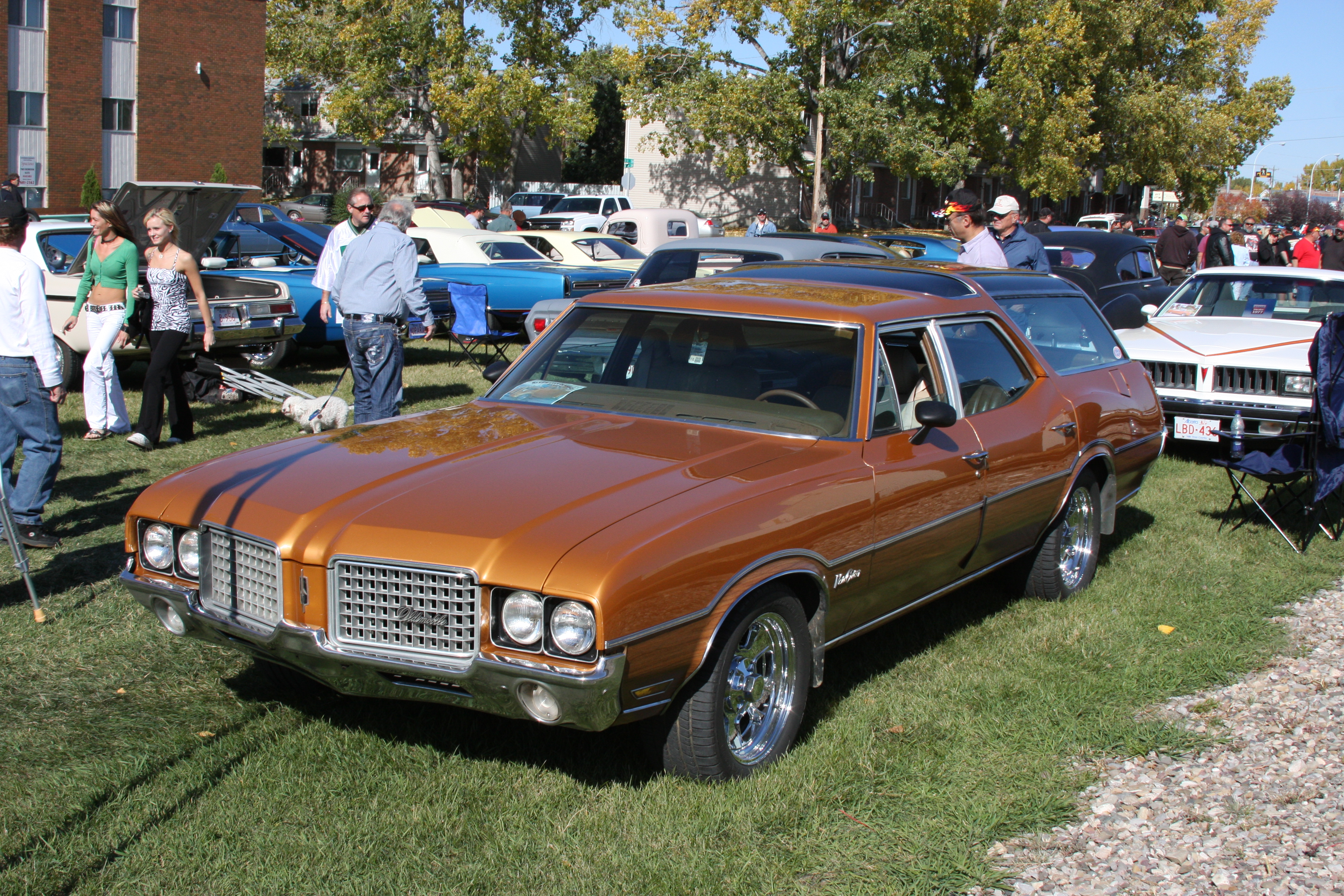