After a 4 month hiatus, “For Sale!” is back on AV to take a look at some of the most interesting stuff available for the discerning petrolhead in the old continent. To celebrate the return, today we’re going with a special theme: the weird kids, cars that don’t quite fit in with the rest of their respective families, but which are still noteworthy nonetheless. 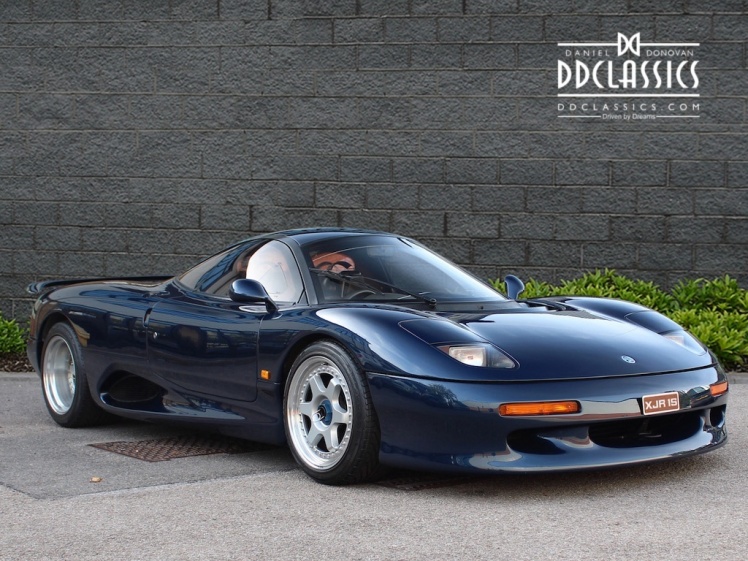 We start this month’s feature with one of the lesser known Jags, the XJR-15. A Tom Walkinshaw Racing product, the XJR-15 was the closest you could get to driving the legendary XJR-9 race car on the streets. And that privilege would cost you. With a staggering price tag of pretty much one million dollars in the very early 90’s (1990-1992), the XJR-15 was a seriously expensive ride. With zero luxury but fantastic handling and brutal power, a lot of people felt the XJR-15 was everything the XJ220 had – apparently – failed to be. However, in today’s light the XJR-15 certainly loses a lot to the XJ220 in terms of looks; the design is, at best, an acquired taste and it feels dated while the XJ220’s iconic shape seems factory fresh. That being said, the XJR-15 is an extraordinary piece of machinery and with just 53 built, with only about half of them being road going cars, it’s also extremely rare and still extremely expensive. A true enthusiasts’ car.

For Sale in the UK

When you think “De Tomaso”, you think Pantera, Mangusta…you certainly don’t think Longchamp. Like the XJR-15 before, the looks for this one are an acquired taste, it doesn’t grab you by the collar and shakes you to the core like a Pantera does. With a little bit of this (Alfa Romeo taillights, Ford headlights) and a little bit of that (Ford engine), the Longchamp is a pretty interesting car, but hard to characterize; on one hand it’s a luxury coupe, on the other is kind of just a muscle car in a suit. However you wanna look at it, one thing’s for sure, it’s pretty unlikely you’ll come across someone else driving one. And plus, if the Longchamp floats your boat, you’ve got two incarnations of the model to choose from because when Alejandro De Tomaso made his way to Maserati, the first car he came up with was the Kyalami which is…well, a Longchamp with a Maserati engine and a couple of different body panels.

Iso is all about the Grifo, there’s no escaping that. But the company had other cool stuff like the angry looking Rivolta and this, the unique Lele. It is bad-ass. A gap filler between the all out bonkers Grifo and the luxury sedan Fidia, the Lele is a Chevy V8 powered luxury coupe with striking good looks and bucket loads of charisma. This particular example is an IR6 sport, a particularly desirable, lighter variant with more power (360 hp), a 5 speed manual ZF box and all sorts of sporty interior features. 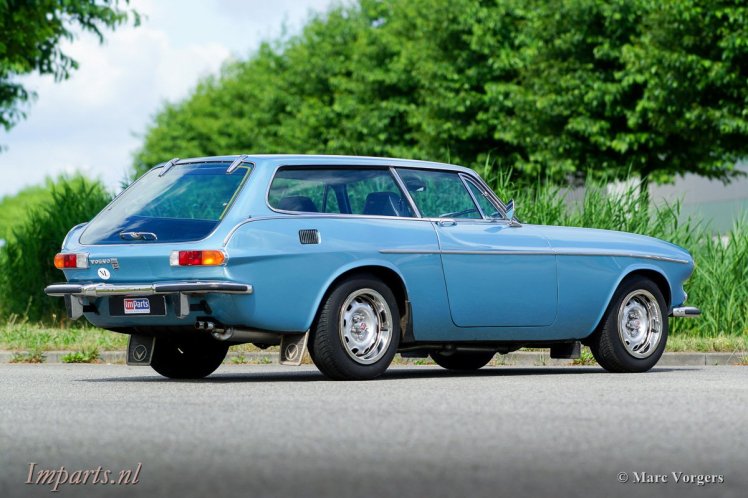 Back in the 60’s and 70’s, long before Polestar started making Volvos really interesting, the brand wasn’t exactly…exciting. So it was surprising when in 61, Volvo decided it would be a good idea to come up with a Frua designed 2 seater sports car. More surprising than that, they came up with a shooting break version of it! Why? Who cares! The P1800ES might have had Amazon mechanics and an actually detuned engine, but Lord is it pretty! Low production numbers, a highly unusual configuration (for a mainstream manufacturer anyway) and looks to die for have made this Volvo oddity into a – still surprisingly affordable – collector’s favorite.

The biggest middle finger ever given to brand tradition and family heritage has to be the CTS-V Sportwagon. Over the last few years, Cadillac has been on a massive journey of transformation and adaptation to the 21st century. From painfully slow land yachts to blistering fast, incredibly balanced street and track cars, Cadillac has blown everyone away with the quality of the stuff it puts out there every year. It really has been amazing. The V spec cars are masterpieces, there’s no other way to put it. The fact that ZR-1 Corvette engines found their way into Cadillac sedans is pretty damn astonishing; more astonishing still is the fact that Cadillac decided it was a good idea to do a Wagon version of the CTS-V. It really is extraordinary because they knew the sales weren’t gonna be through the roof, that it was a specialty, niche car for a very particular kind of enthusiast and their response to these worries was “whatever, we do what we want”. And this is how the world ended up with a 556 hp, 0 to 60 in 4 seconds monster by the same company who gave us Boss Hogg’s car.

For Sale in Switzerland