Sadly we couldn’t make it to the first edition of the Motor Vintage Lisbon event this past weekend. However, we did get the chance to check out the “pre-show” last Friday and there was already plenty of interesting stuff to grip our attention. At one of the most emblematic spots in the city, a number of the high end dealerships gathered some of the most noteworthy pieces in their inventory for an unusual (around here anyway) combination of car show, trade fair and sale. So even skipping the main event, let’s take a quick (and not the best, since a proper camera wasn’t available at the time) look  at a few of the cars that were already getting all kinds of love from the public.

A track day company already had a McLaren MP4-12C Spider on display, as well as a Huracán. Needless to say these didn’t exactly go unnoticed. 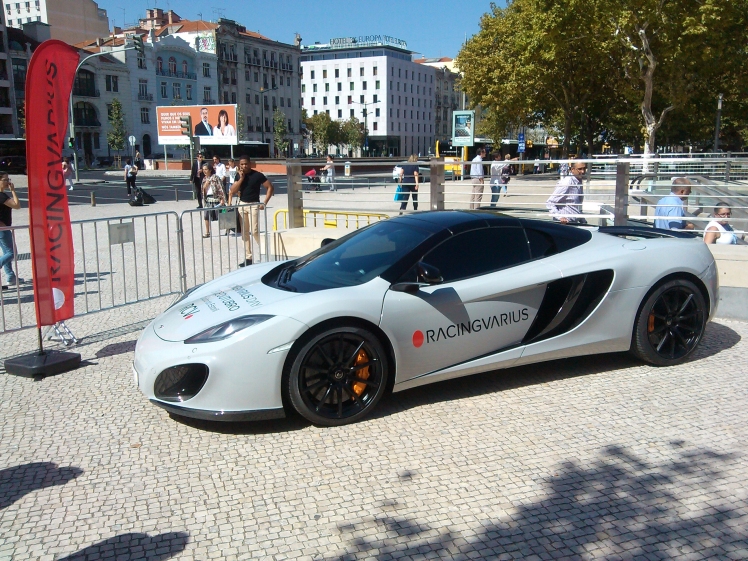 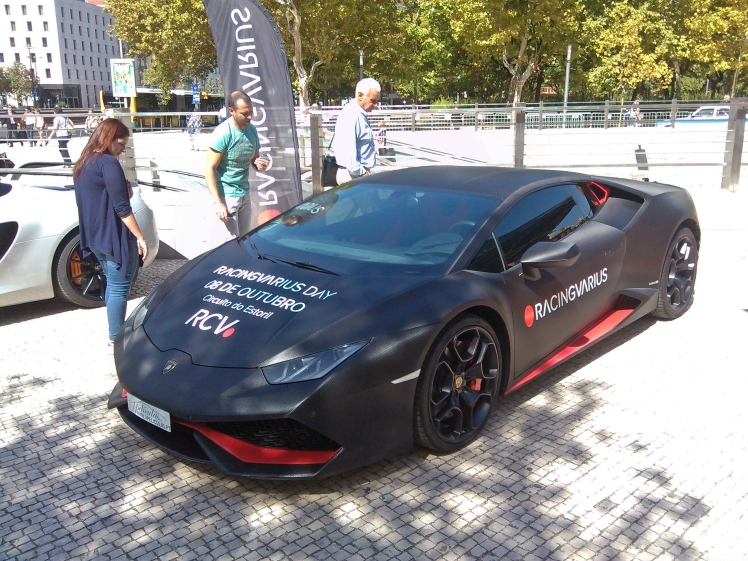 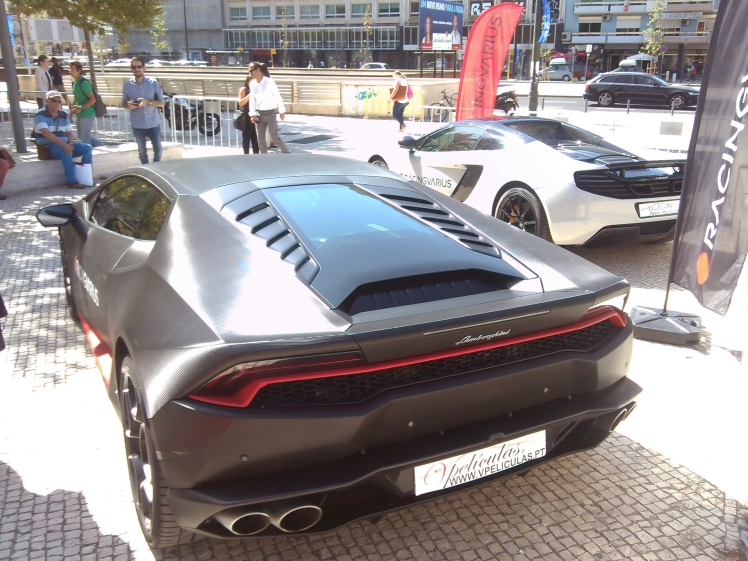 Nearby, on the Mercedes section, AMGs were kings. A fantastic 2010 E63 wagon flew right under the radar – as intended – of a lot of bystanders. Gotta love a sneaky 518 hp grocery getter. An E63 G-Class (2013) sat right beside it. Despite the matte paint not being our favorite thing ever and people in general picking on this particular model to no end, G-Classes are a triumph of design (clean and sober yet not one bit boring), tremendously capable offroad and the AMG variants are a testament to human ingenuity because it’s downright surreal and unnatural how fast an almost 30 year old military vehicle has become. One of the new kids on the 63 family, the C63S also made an appearance; a smidge over 500 bhp packed up in such a small car makes it fun as hell. But our favorite of the bunch was a sexy, rare, V12 biturbo SL65. One of the OGs of torque, the 600+ hp roadster does 0 to 60 in just a little over 3.5 seconds (and that’s after stopping the earth’s rotation and getting it spinning the opposite way first). 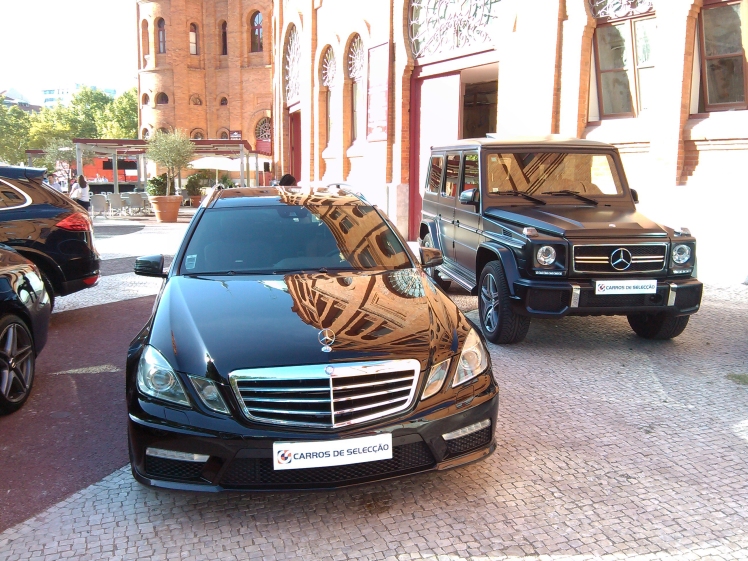 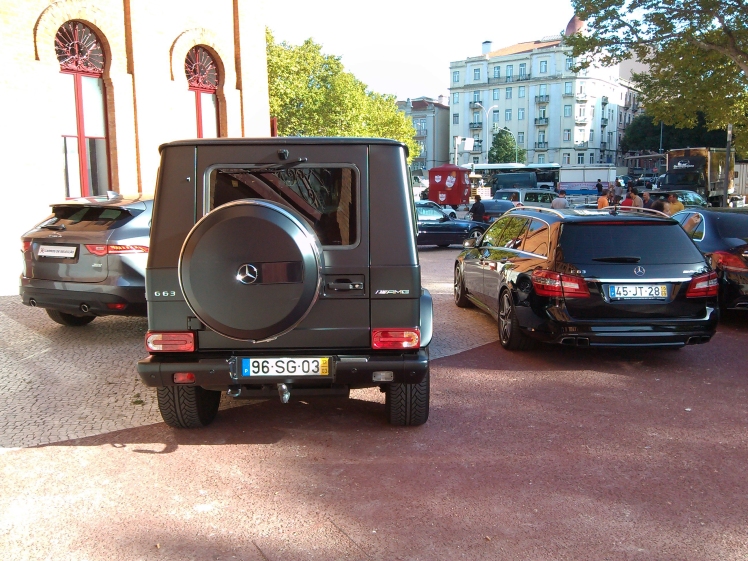 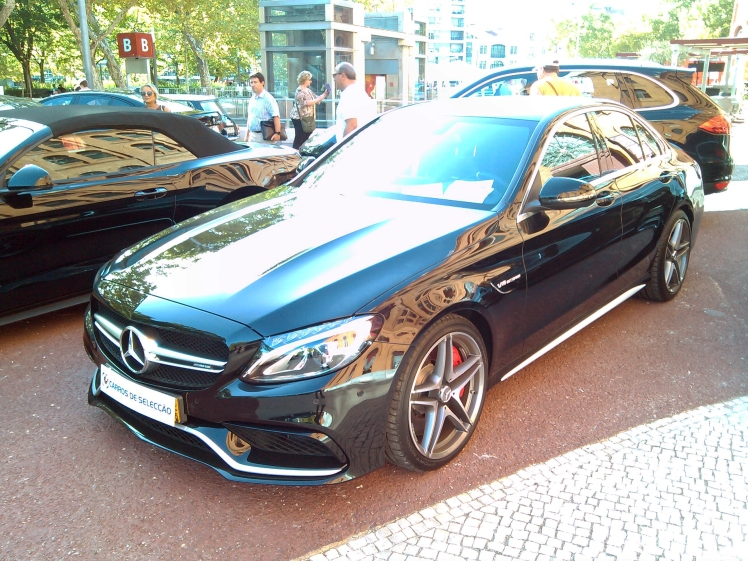 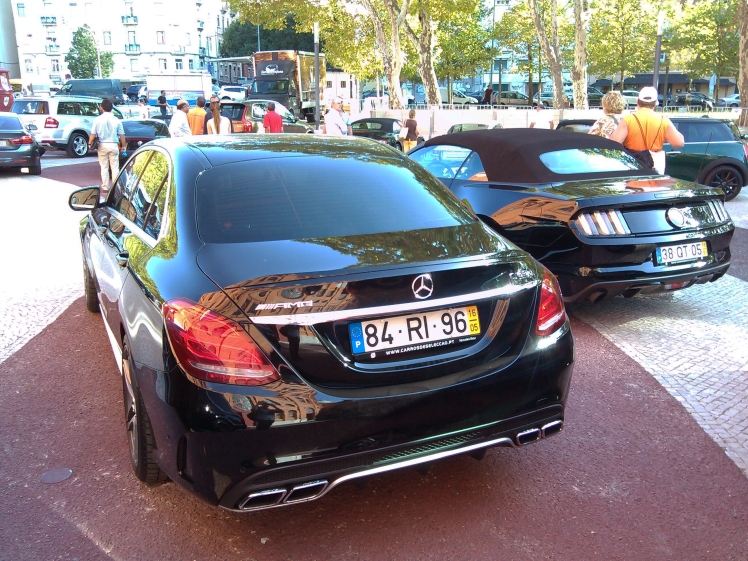 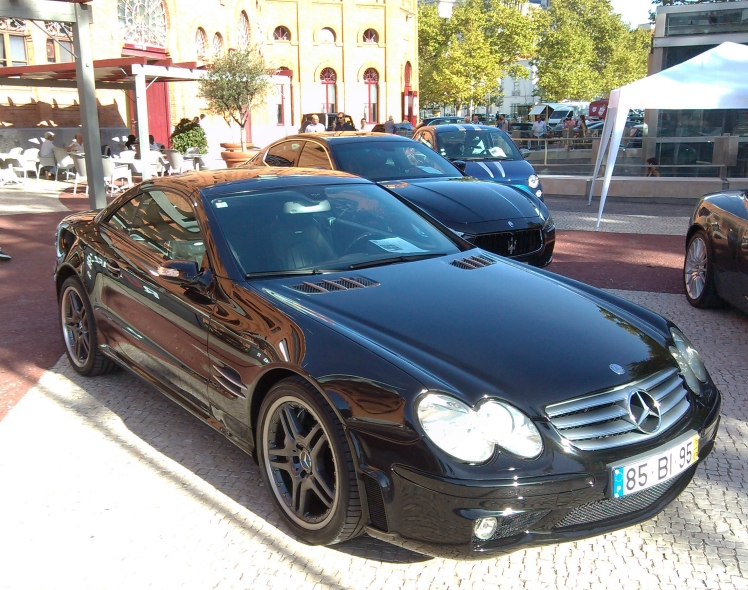 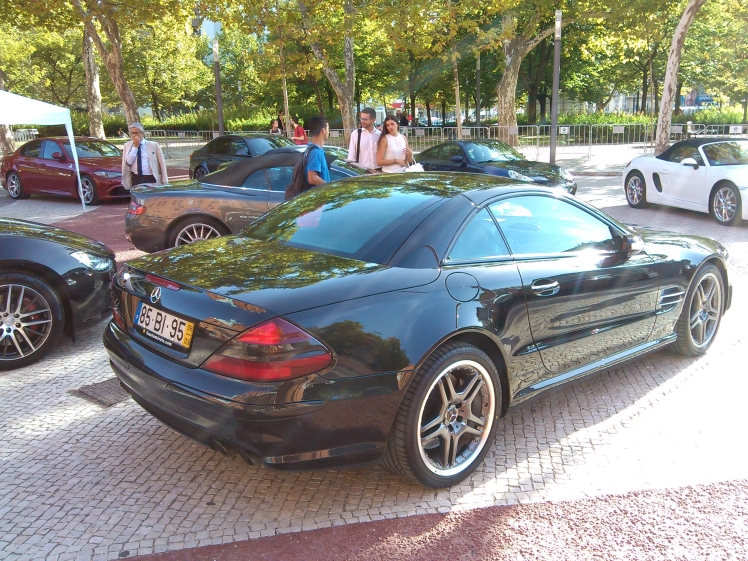 On the Aston Martin section, a gorgeous all black DB11 (V12 spec) got lustful looks left and right. That thing was make people feel some kind of way, and it’s not hard to get why. Despite the two tone being popular in that model, there’s something to be said for the more complete look of the single color. Plus, people tend to go for the “Bond grey” (so to speak) but goddamn does that thing look good in black! Next to the DB11, a Rapide and this one is a let down because it used to be such an attractive car, truly wonderful looking sedan; perfectly clean, definitely classy…now Aston managed to ruin the front in an epic way, what a shame.  Also in the Aston mix, an oldie but goodie: the DB9 volante, one of the best looking convertibles of all time. In general, people are still sleeping on the DB9 and they’ll be extremely expensive in the future…so despite needing to keep their flaws in mind, this is a good time to find one. You’ve been warned. 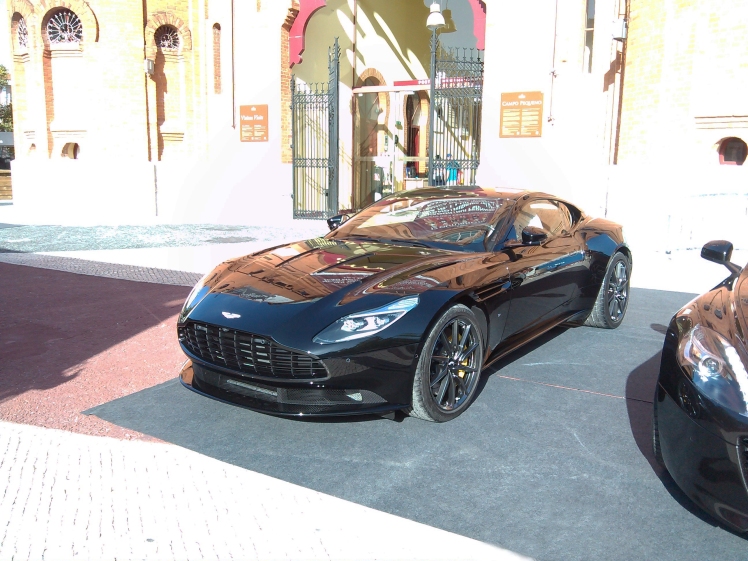 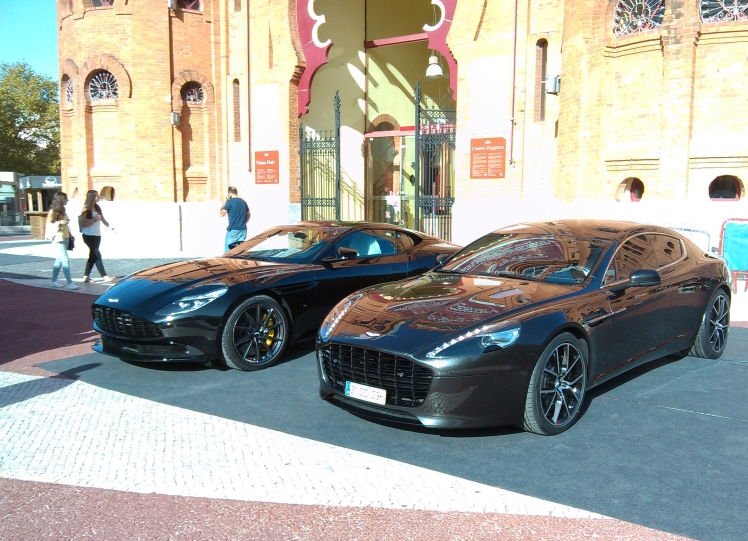 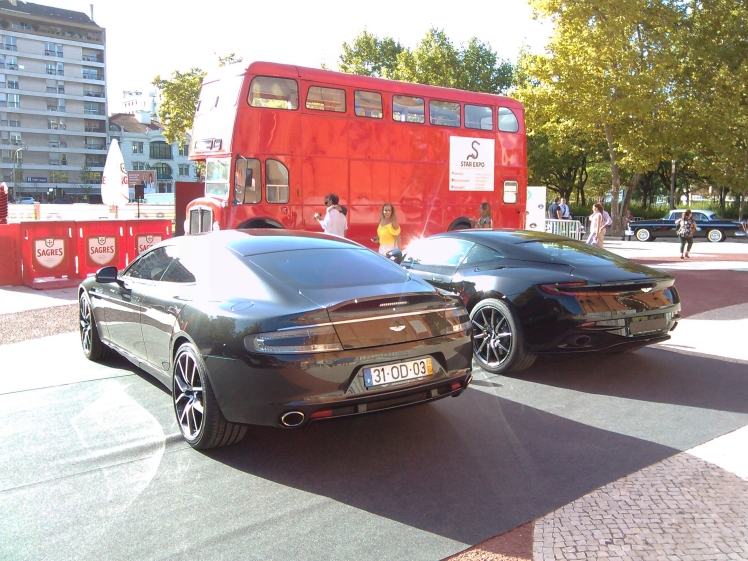 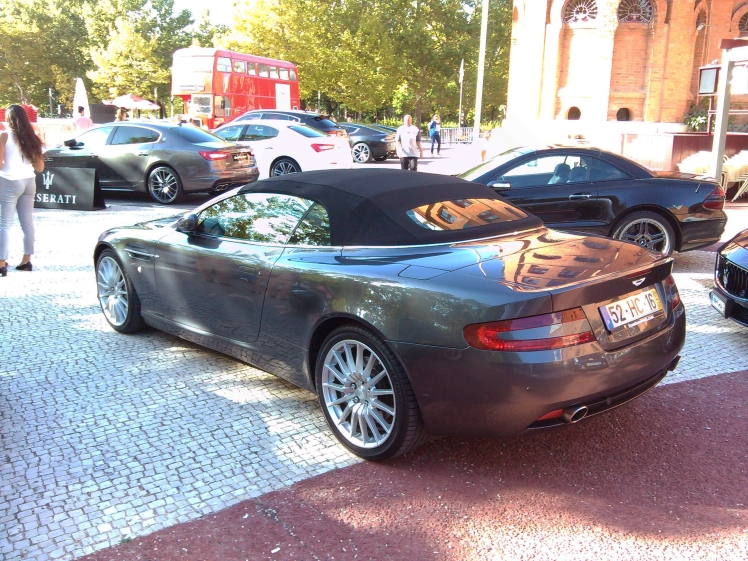 Let’s talk Maserati. Keeping the mechanical…”quirks”…out of the equation, if you have money to burn, ain’t shy to show it and need something in the luxury sedan department, Maserati is THE brand. And man, oh man is the 2017 Quattroporte GTS looking fine! We’re still partial to the GTS V with its timeless brand of charm and perfect proportions, but the VI’s “in your face” attitude is starting to score some major points with us. Equally good looking is the little Ghibli. Suffering from the same technical…particularities…as its big brother, it’s however not hard to see why it keeps finding buyers in large numbers; it is one of the meanest, most attractive looking things around. You’d be pressed to find a better looking medium size luxury sedan. 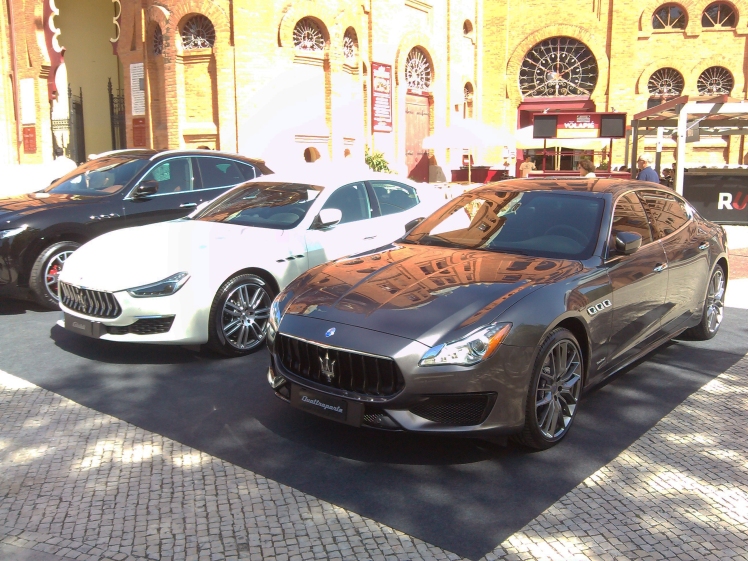 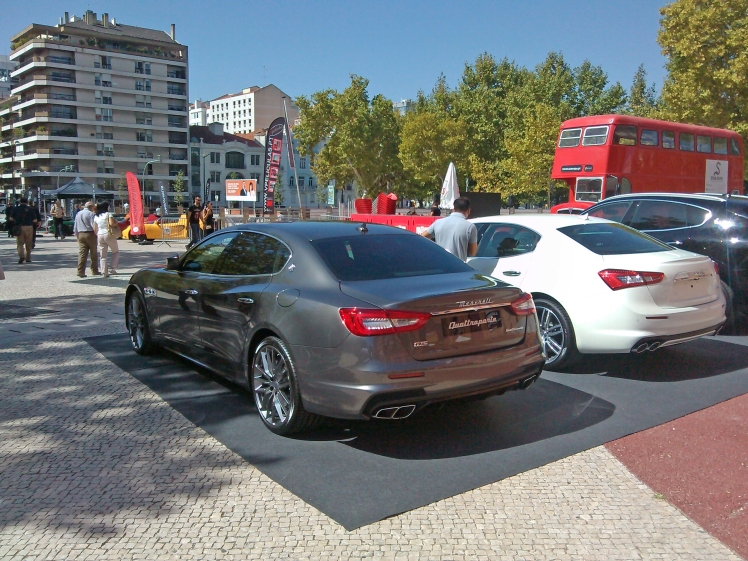 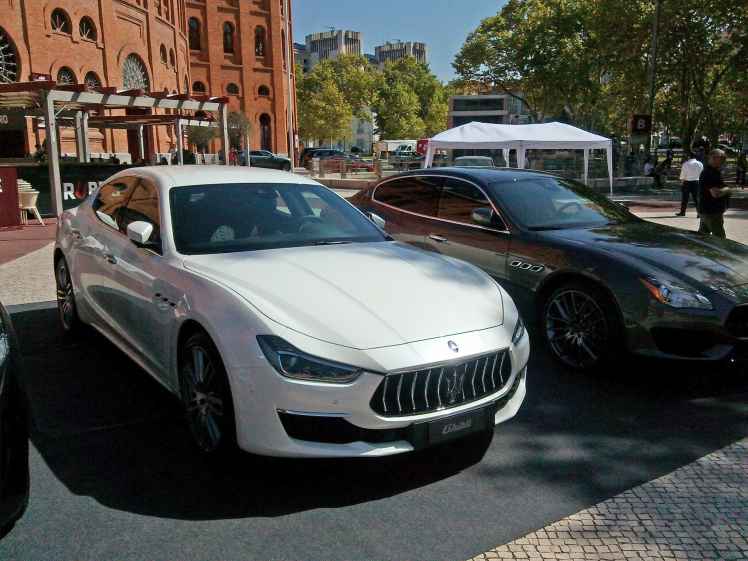 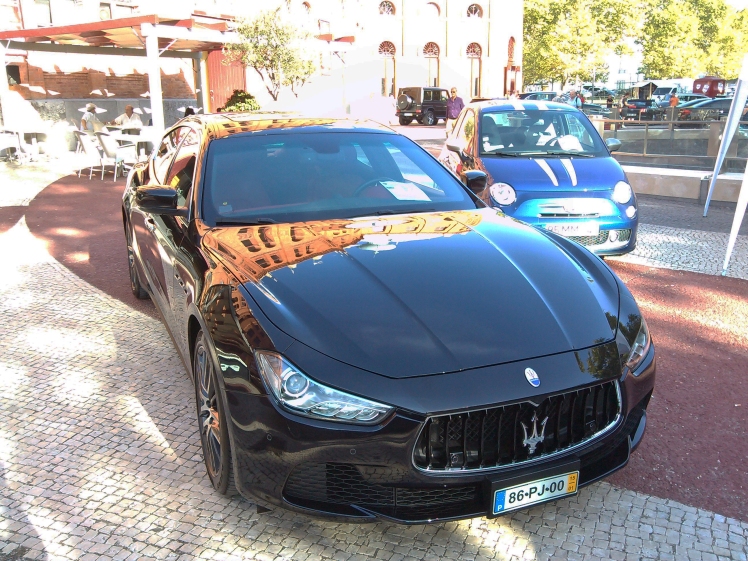 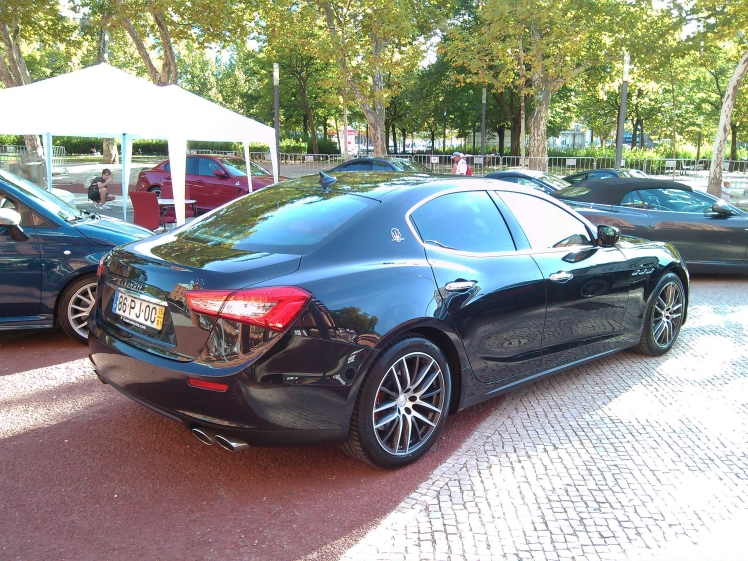 On the noteworthy miscellaneous class, we couldn’t help but sigh for the Giulia Quadrifoglio. Sure, it breaks down every couple of miles but how PRETTY it is! Plus, when it does actually work, it’s reportedly a masterpiece. 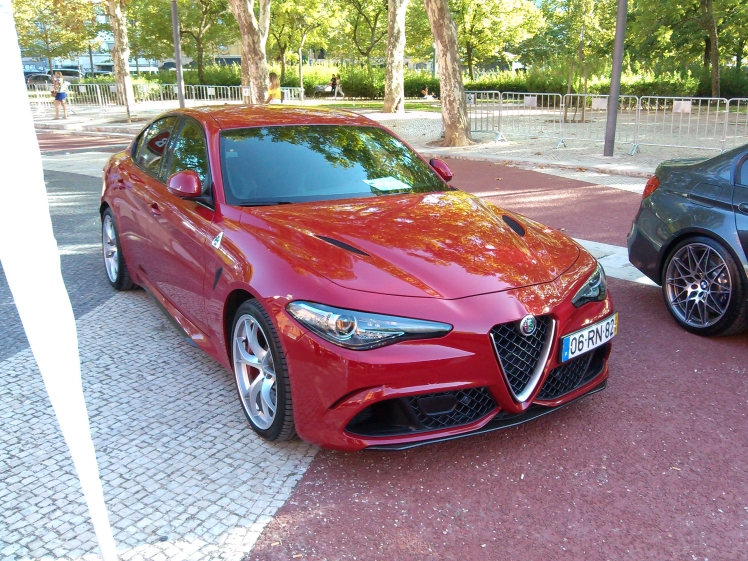 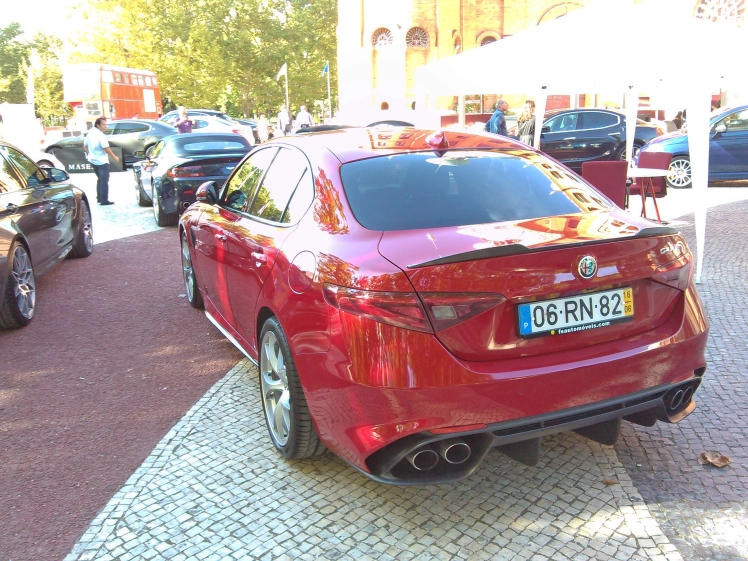 Mainly unloved in the Ferrari community, the 348TB was more than enough Ferrari charm to keep a lot of eyes on it. These will of course make a comeback at some point. This particular example was marked at 60 grand. 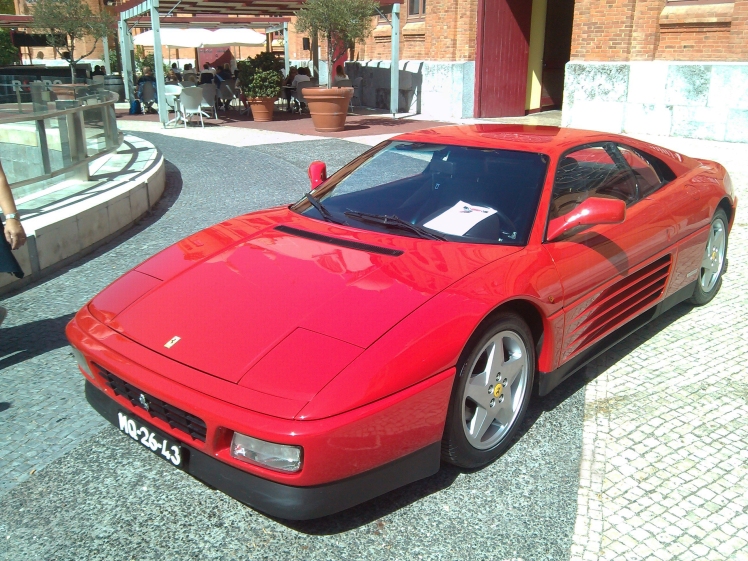 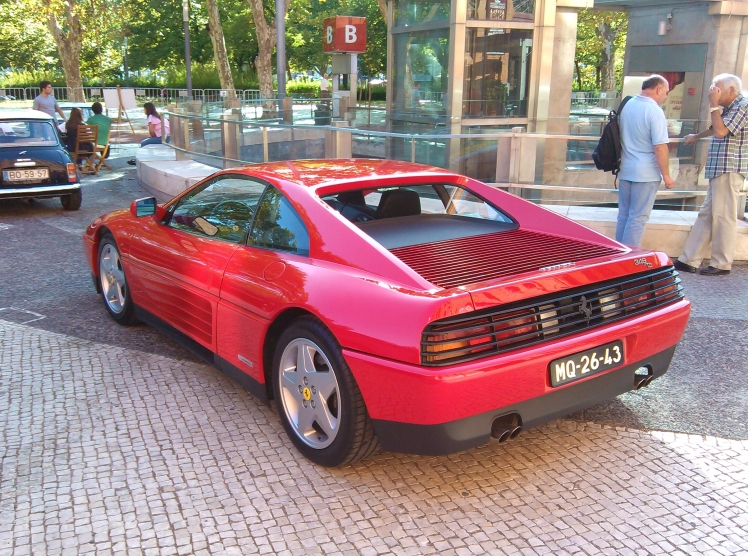 Couldn’t help but notice a nice Continental GTC, as well as a gorgeous Range Rover V8, an M4/XKR-S duo and the grandma of fast wagons, the legendary RS2 (now there’s something you don’t see every day). 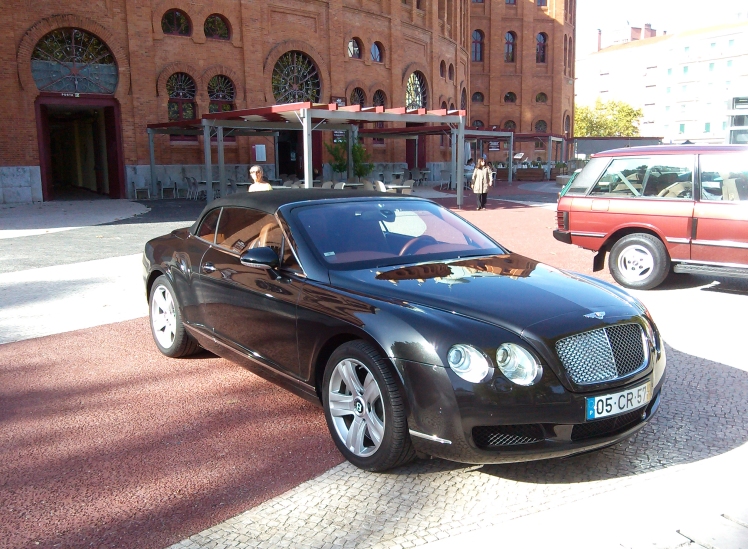 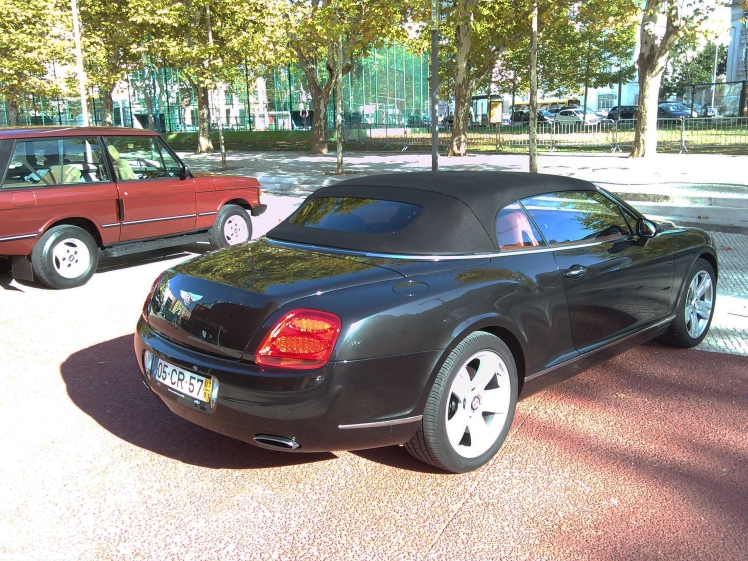 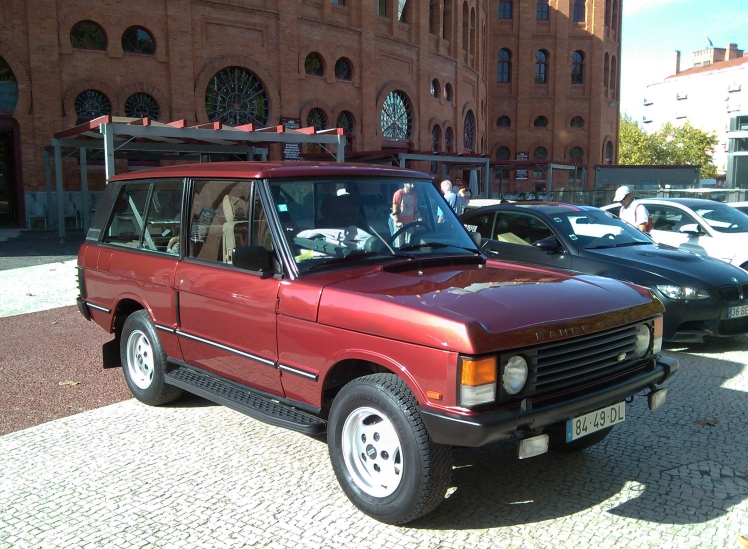 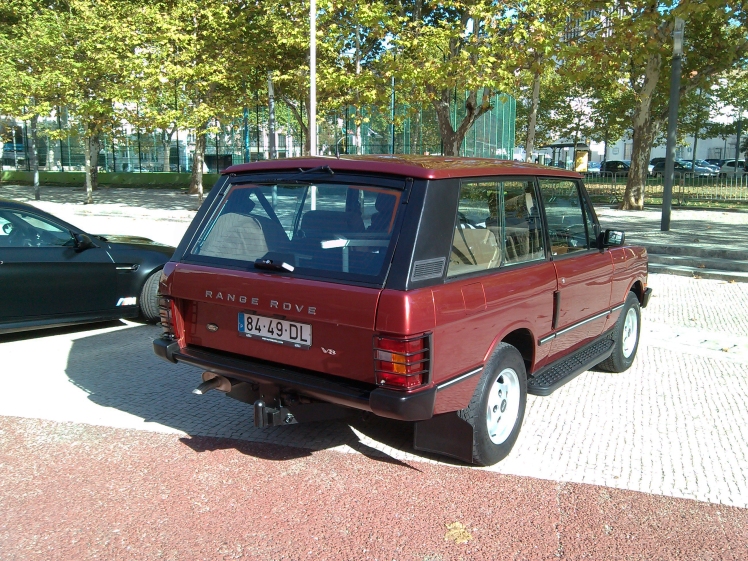 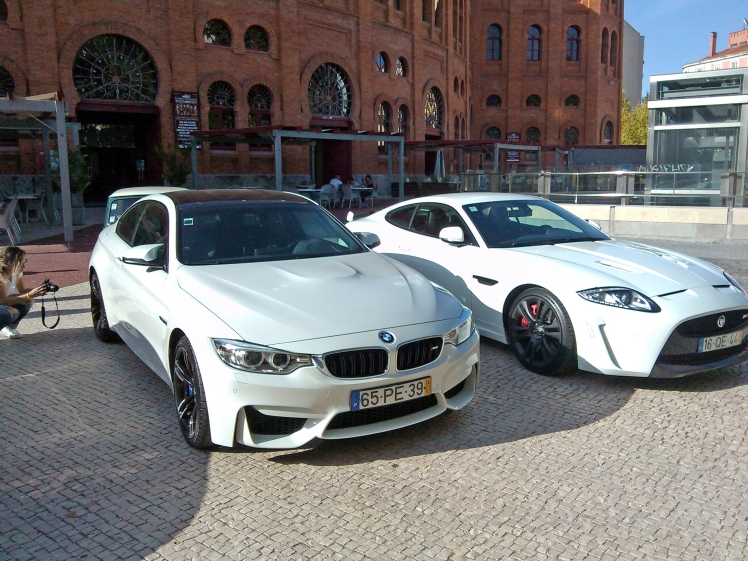 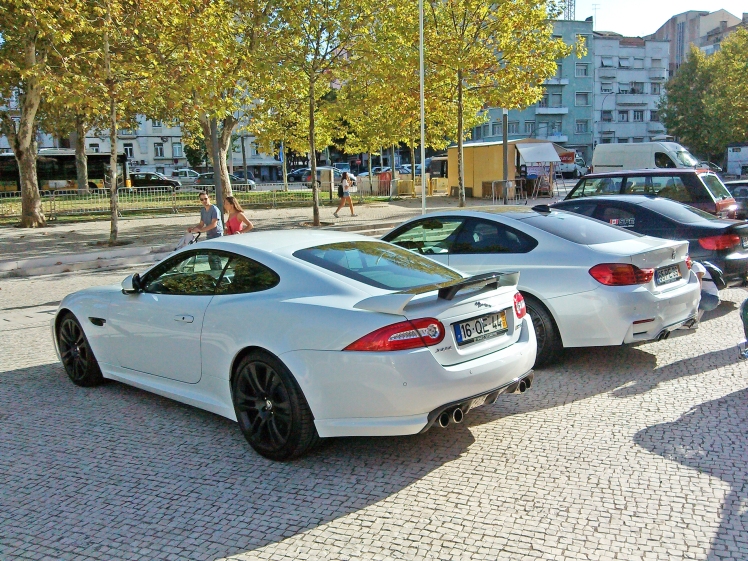 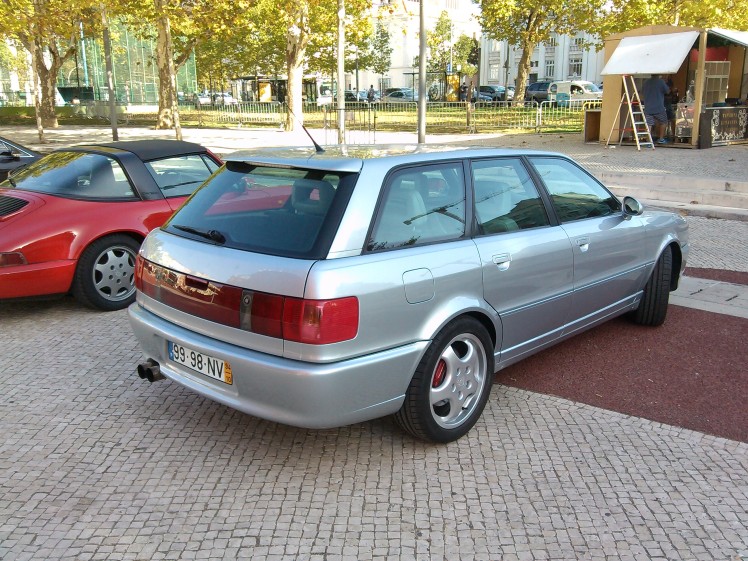