When I think of good, effective off roaders a few names immediately come to mind: Land Cruiser, Range Rover, and of course Geländewagen. Bit lost on that last one? I’m talking about the Mercedes G-Wagen (now called the G-Class).

Back in the early 70’s, Mercedes was working with Steyr-Daimler-Punch (the folks who made the Pinzgauer) to create a new off road vehicle for the military. The whole thing actually started with a suggestion from the Shah of Iran to Mercedes, but the concept itself came a long way from that general notion of light utility support vehicle meant essentially for armed forces. After being tested in comfy places like the Sahara desert and the Artic circle, the G-Wagen was put into production and became available as a civilian vehicle as well. Since then (1979), the G-Wagen has been pretty much the same exact thing; this is one of those “if it ain’t broke don’t fix it” cases. The main changes have been in terms of engine options.

There have been a million and one versions of the old Merc, but the one that really interests me is this. The G55 AMG. 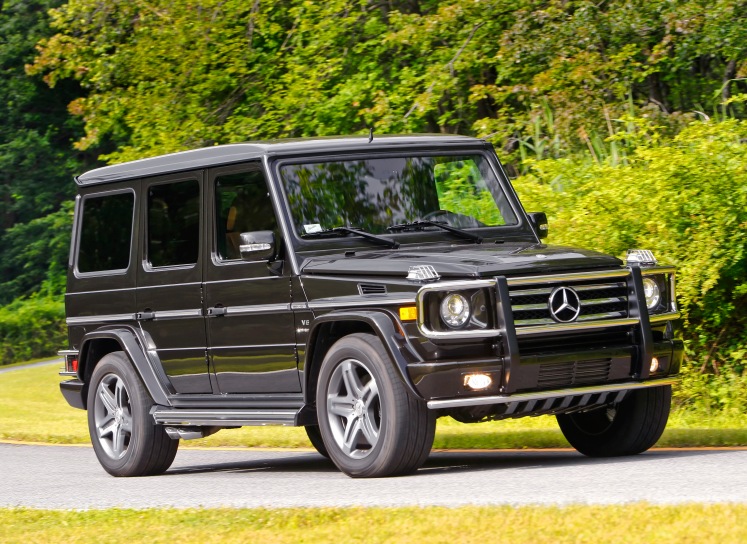 I absolutely love the fact that this thing even exists at all! I can’t get over the notion that someone looked at a G-Wagen one day and thought “Hmmm, you know what would go great with our 30 year old military mule/farm tractor? A 450+ bhp engine.” This beautiful madness lasted from 2006 to 2012. At first the V8 AMG engine would produce around 470 bhp, being bumped up to 500 in 2007 for good measure. Did having something so big and so full of steroids under the hood hurt the G55 in its heritage? Hell no, made it even better. Get some proper off road tires on it and this thing will simply fly over rough terrain. However (and sadly), probably no one will ever allow a G55 to even remotely get a whiff of a path of gravel or sand and this brings us to the biggest problem of this car (something which is ironically not it’s fault in any way whatsoever): the people who buy it.

Despite being a tough, no nonsense, eat boulders for breakfast machine, as soon as AMG messed with it, it’s as if the price tag was shot in the ass with a very large arrow, making it jump all the way to the $100.000+ mark. This meant that the fandom for these things became exclusively composed of annoying people with too much money to spend, people like “Puff Diddley or Dudley or whatever he’s called this week” (to quote James May) and similar folks. The insane G55 has been doomed to cruise along the L.A. freeways, dragging its pseudo celebrity master from designer shop to designer shop. Because of this less than desirable clientele, the tuning companies got a hold of it as well, meaning that atrocities such as this one have come to be. The mighty warrior fell on dark times from the start. 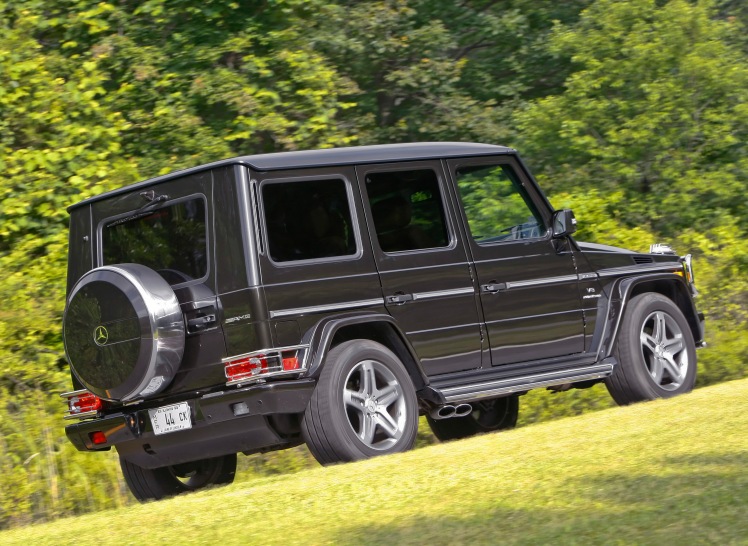 If you’re like me and you think that this in a beautiful, unique and astonishing piece of engineering, you can rescue one from another douchebag rapper wannabe owner by being willing to spend anything from 60 to 100.000 bucks (I know, I know…barely under the showroom price). However, for that money you’ll get a car for life (most mechanical problems with you G-Wagen can be solved by hitting it with a large hammer or yelling at it in a drill sergeant manner), a highly desirable future classic and the peace of mind of knowing that you rescued it from a fate worse than death, like this one. Plus, the stock AMG Geländewagen has been ruined; sure, with the new 2013 G63 you get 44 bhp more, hell if you go for the G65 packed with the V12 you’ll get a 615 bhp brick! But even I think that’s a bit of overkill…plus, the facelift has been atrocious. The front bumpers of the AMG spec G-Class have been replaced with what I can only assume to be IKEA shelves; that combined with the silly LEDs annoys me to no end. I’d much rather have the “old”, 0 to 60 in “I can’t believe this thing is so damn fast” G55. Some people don’t see the beauty in a boxy car or SUV, I do, and I think these are among the best looking SUVs ever made.

One thought on “Because 30 Year Old, 500 bhp Military Bricks are Cool”