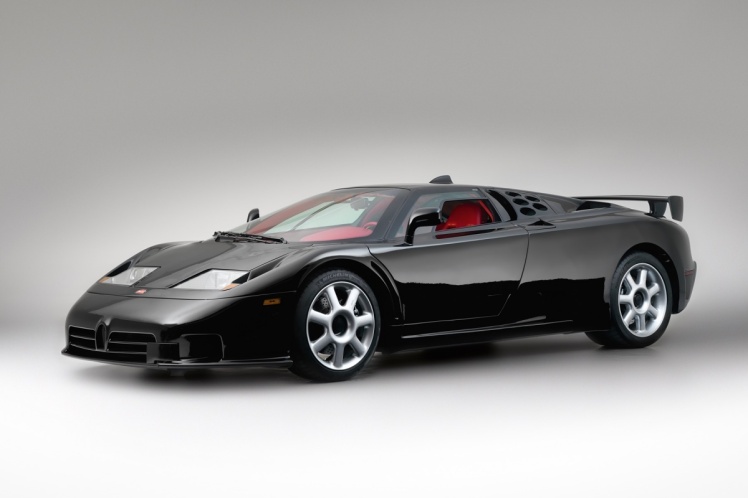 Before there was a bonkers 1001hp Veyron, Bugatti made a slightly less ferocious creation: the EB 110. Don’t get me wrong, the 110 wasn’t exactly a picture of restraint either…The 3.5L V12 gave this Bugatti over 550bhp and the ability to go from 0 to 60 in under 4.5 seconds…in 1991. Not bad. The Super Sports, a lighter more powerful version of the 110 with close to 600bhp and a 0 to 60 time of just 3.2 seconds is an even rarer version of the already scarce 110. However, the one offered here for sale isn’t a Bugatti per se…depends on how technical you wanna get. You see, Bugatti got excessively ambitious, buying Lotus and bankrupting itself in the process. That’s when a company called Dauer Racing came along. They bought the unfinished cars along with all the parts and since they were getting their hands dirty anyway (and I mean that in the nicest way possible), the company decided to improve a little on the recipe as well. Dauers 110s are lighter, faster and oh so more powerful than the original Bugattis. The one offered for sale here was registered in 2000 and it only has 1650km under its belt. Got million and change to spare? 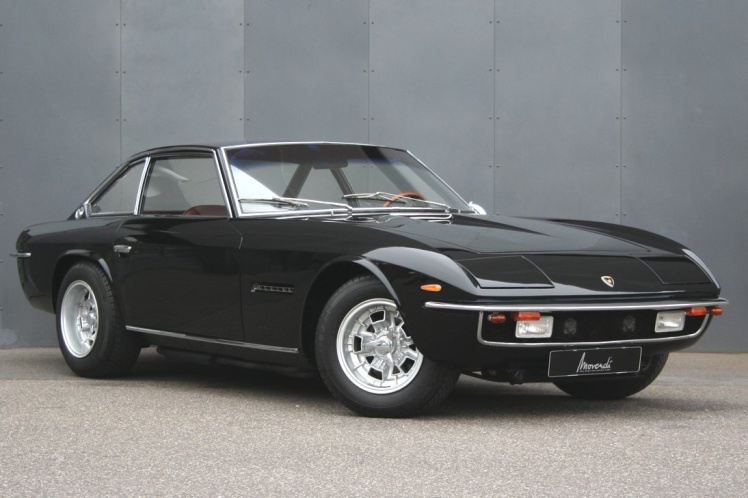 The Islero isn’t what you think about when someone says Lamborghini. Along with the Jarama, Urraco and Jalpa, the Islero is one of the lesser known Sant’Agata sons. It is however absolutely gorgeous! A replacement for the very first model/body style Lamborghini ever made (the 350/400GT), the Islero is a tad more restrained design wise, more sober, linear. Discrete isn’t a word one often uses when describing a Lambo, but this one wears the adjective quite well. If you want to know more about it, a few months back Adam Carolla visited Jay Leno’s garage with his Islero; you can watch the video here (https://www.youtube.com/watch?v=hLQ2hoAIfd4) and learn all sorts of fun facts about these elegant bulls (now there’s a sentence I never thought I’d write). 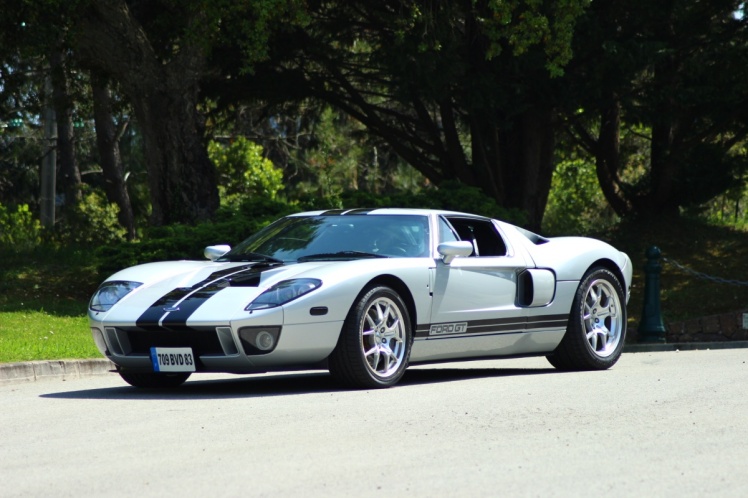 There are things which you’ll never, ever get tired of seeing, stuff that will always put a huge smile on your face; watching a douchebag get decked, puppies adorably tripping over themselves while running and of course, looking at a GT. In 2005, Ford proved that a massive company could take on Ferrari, Lamborghini, Porsche (and everyone) else and make the most interesting, artisanal, visceral, beautiful supercar of its time. Ten years later, it is still every bit as jaw dropping as it was back in 05; it’s much more beautiful than the new GT (in my humble opinion, don’t beat me up over that) and it will forever stand as a testament on how to properly revive a legendary name. 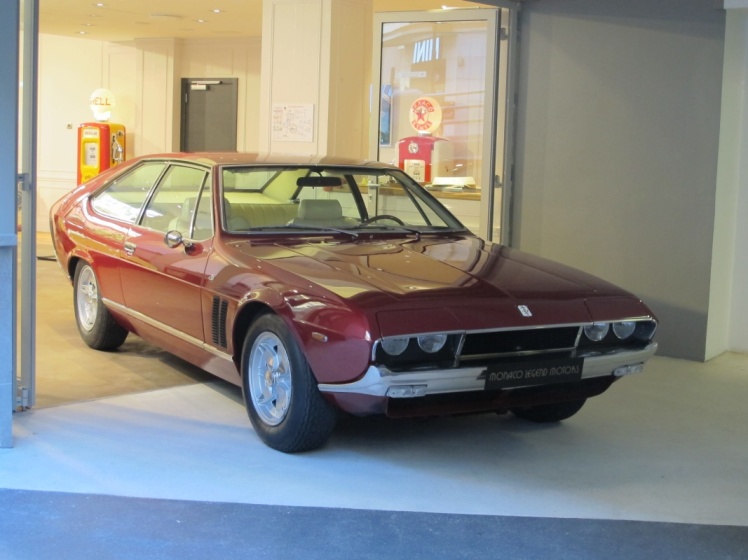 You may very well have never heard of the Iso Lele. If that’s the case, don’t worry cause it’s not an uncommon thing. Iso gave us stunning creations like the Rivolta, Fidia and of course, Grifo. But the Lele always manages to find itself out of most Iso references. Built from 69 to 74, the Lele had four seats, a big Chevy V8 under the hood and looks so exotic that you can’t really ever confuse it with anything else. Named after the wife of Piero Rivolta, under 300 of these were ever made. The one offered for sale, being a 72, is one of the last to have a Chevy power unit; Iso would change to Ford Cleveland engines later that year. Fantastic color, extremely interesting car. 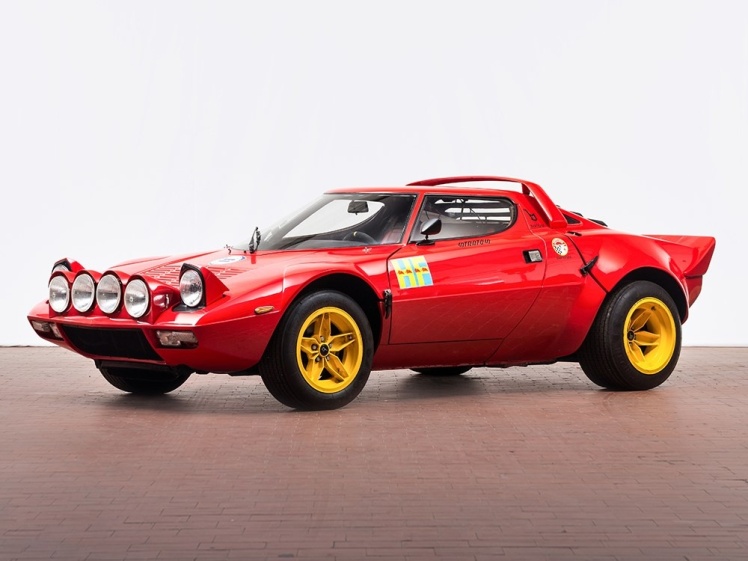 What do you get when you mix Lancia’s rally savvy with a sweet Ferrari engine? Simply one of the best, most beloved, most iconic cars to ever come out of Italy: the Stratos. Looking like something straight out of sci fi, this small Lancia was built specifically with two tasks in mind: tearing up tarmac and turning gravel into bullets. And it was brilliant at it. For years, the Stratos racked up an impressive amount of WRC victories, earning a very special place on the hearts of rally fans worldwide. Luckily Lancia had to make some Stradale (road going) versions of its star, which means you can get one of the 492 very fun, very road legal bits of 70’s insanity. This particular one being offered for sale even has some serious extra humpf; originally a Stradale car, it got upgraded to Group 4 specs…and now, it will probably never see a dirt road ever again. What a shame. 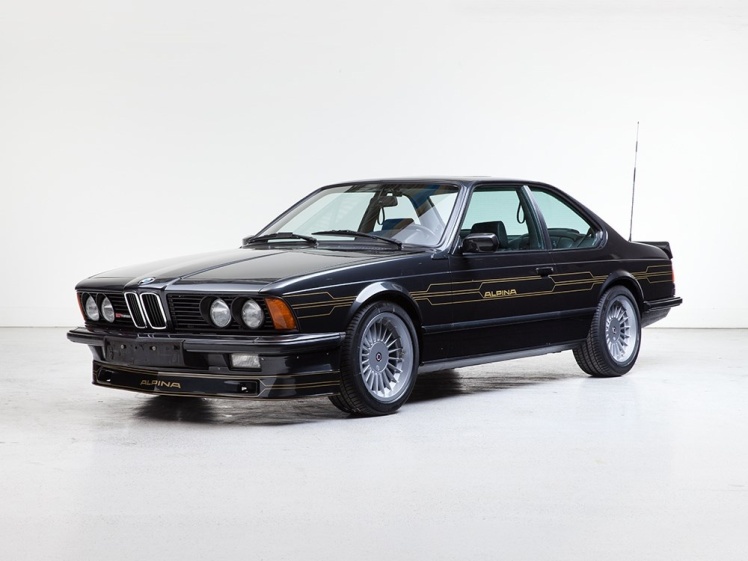 E24s are underrated. I’ll fight anyone who says otherwise. The 635 CSi for instance is one of my favorite cars of all time. Why? Superb good looks, an M1 engine under the hood…what’s not to like? Alpina seemed to be a fan of the model as well, but decided that it could be a little bit better…and so, the B7 Turbo was born. Power was upgraded from a little over 280 to 320hp and both suspension and breaks got a major overhaul as well. Even those Alpina graphics don’t look bad either. With only 153 ever made (seller claims 110; AV can’t say for sure because sources differ), the B7 Turbo doesn’t only look fantastic, it is also a rare find and prices shouldn’t be coming down anytime soon. And hey, since this particularly stunning example is being sold at auction, you may end up getting a good deal on it. 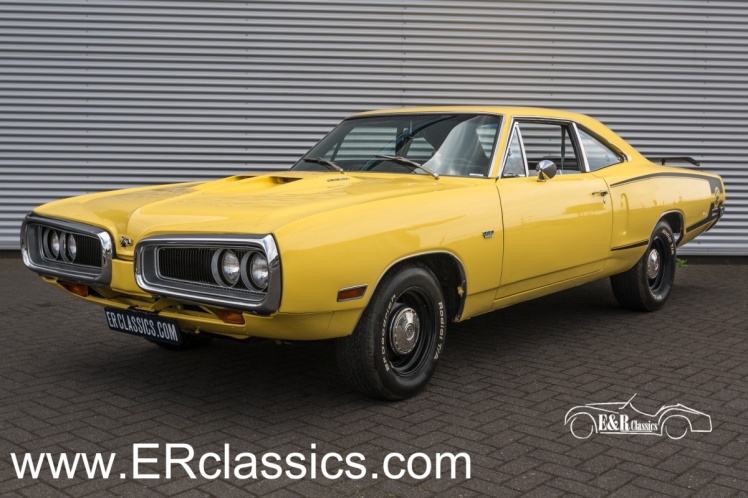 American muscle cars; one of the most wonderful blessings the world has ever known. This little (and I use the term lightly) Coronet is an interesting one. With its 383 engine, think of it as an “entry level” muscle car back in the day. With distinctive looks and a respectable 335hp to enjoy, for the asking price this is a very tempting proposition, especially in the European market. Can’t do a Charger or a Challenger? How about this busy bee?

I love the kind of thought that went into building this car, I really do. Someone looked at the ultra exclusive CLK GTR of which only 25 (road going versions) were made and thought “you know, this isn’t nearly out there enough, could be a little more exotic…let’s chop the roof off!” That someone was AMG co founder Hans-Werner Aufrecht. Along with its new wind in your hair appeal, the already hugely powerful Mercedes got a boost of 90hp, because of reasons. Just 6 of these were ever made, the one offered for sale being the only black one and having covered just 8 (that’s right 8!) kms. 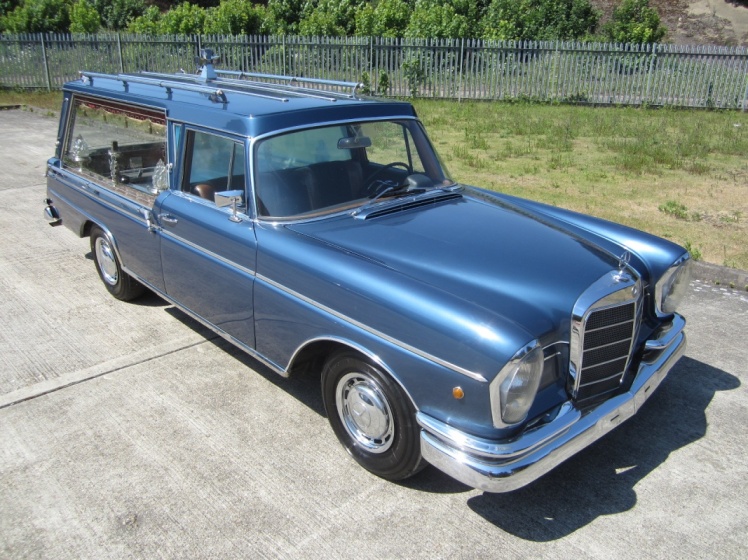 Yes, this month I am officially recommending the purchase of a hearse. Why? Well, two reasons. First, gorgeous Mercedes in beautiful condition; regardless of the admittedly less than uplifting function, the interiors of this thing are extraordinary! Seriously, go take a look at the pics. Extremely ornate, fantastic details everywhere you look and cool little period features like glittered vinyl interior. I don’t know about you, but now that I know this is a thing, I’m not sure I want any other kind of upholstery on my funeral hearse…This brings me to reason number two as to why AV is featuring this vehicle: best – ad – EVER! “A real show piece that would make an interesting addition to any car collection, or simply if you are planning for the future and want to make a statement and go out in style!”
Well I’m sold. 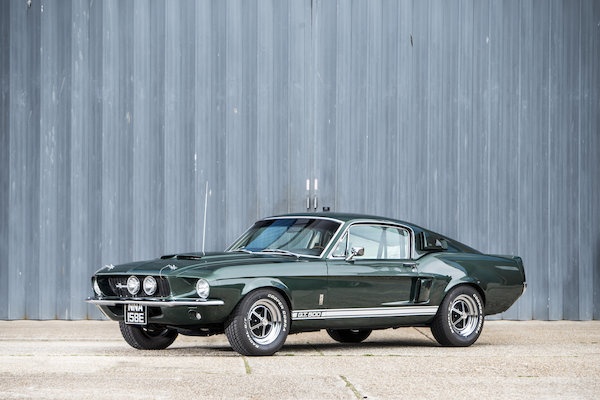 “We saved the best for last”. The unique, extraordinary, sexy, gorgeous, mind blowing 67 GT500. Just look at it. Seriously, take a minute and bask on its unbounded magnificence. This particular example features a manual gearbox, making it ideal for serious driving (well, as serious as you can get with original spec 60’s American muscle); the color is the well know Highland green, perfect for Mustangs as demonstrated in “Bullitt”. What an amazing car…I’m gonna stop talking about it and just go back to drooling over the pictures.