For sale! Is a monthly feature on Automotive Views focusing on cars available for purchase in Europe. None of the ads selected are featured in this website due to any kind of sponsorship by the sellers.

In the August edition of “For Sale!”, we’re taking a look at the upcoming RM Sotheby’s auction (September 21st) featuring 130+ lots of the Sáragga collection located in Comporta, southern Portugal. Ricardo Sáragga, a Portuguese businessman, has been gathering automobiles for over 30 years and during that time he amassed a considerable number of pretty interesting pieces. Let’s talk about a few. 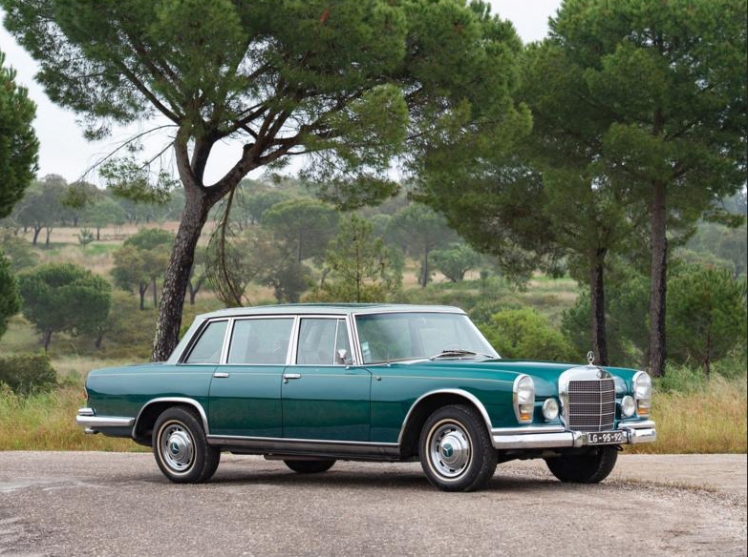 Yes, you read that right. A Mercedes 600 by Chapron. Why? Because money. This is a stunning, unique example of one of the best automobiles ever made. Anyone who’s familiar with Automotive Views knows we’re diehard W100 fanatics, so this custom built 600 has us giddy. The car was ordered by Nubar Gulbenkian, son of Calouste Gulbenkian, an Armenian oil tycoon who was at the time of his death, the richest man in the world. Nubar wanted Mercedes to install the vast glass roof in the 600 so that he could lay in the back and gaze at the stars; yet, when Mercedes refused his request he order a W100 under an alias and then had it delivered to Citroen artiste Henri Chapron. The master fabricator delivered on his great reputation – as expected – and this beautiful, one of a kind panoramic wonder was born. After Nubar Gulbenkian died, the Mercedes was willed to his gardener who then kept it until Sáragga acquired it.

With an estimated price of 300 to 400 thousand Euros, this W100 is a must for any true Mercedes collector, a true one of one with the irresistible appeal that only the best Mercedes ever built could provide.

One of Porsche’s finest and a veritable white whale for collectors, the 2.7 RS is a truly special car in any circumstance. However, this one even more so because not only was it very well optioned when ordered, but also has the added bonus of featuring a special color, “Signal orange” (1414; one of only five 2.7 RSs with this paint code). The car spent his whole life in Portugal and Angola (which was a Portuguese territory for several years), having been fully restored and even having a bit of racing history both rallying and circuit.

The RS has an estimated price of between 450 and 550 thousand Euros but expect it to sell for more than that. 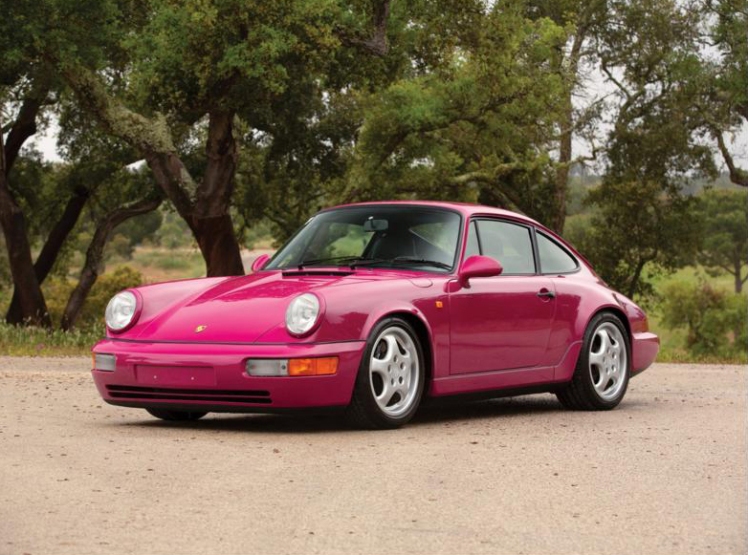 Another special Porsche in a special color, this Rubystone red RS is perhaps one of the finest examples of the road going branch of the 964 dynasty. With just under 50.000 Km since new, Mr. Sáragga’s RS should be able to take full advantage of the rocketing prices that these models demand as of late.

Speaking of which, this RS is guided at 200 to 250 thousand Euros but we wouldn’t be surprised to see it go past the estimate, just like we expect the 2.7 RS will.

The finest in Italian charm. Argento Auteuil Metallic over luxurious red leather interior, a beautiful V6 under the hood and an open top…perfection. This Flaminia GT Cabriolet is one of just 180 made, seems to be in fantastic shape and ready to make you look like a million bucks.

Fortunately it’s much cheaper than that to buy. With an estimated price of 120 to 170 thousand Euros, the Lancia is certainly not affordable to everyone but it is a fantastic alternative to anyone who’s got some money to play with and who wants a piece of the dolce vita.

The most desirable of BMW’s young classics, the Z8 absolutely knocked it out of the park in terms of style, charm and charisma. A spiritual successor to the legendary 507, the Z8 is cool in a way that no other BMW since has even come close to achieve. Finished in stunning Topaz Blue Metallic, arguably the finest color to ever make its way onto Z8s, this particular example comes with a catch: non-matching numbers, hence the heavily discounted estimate. 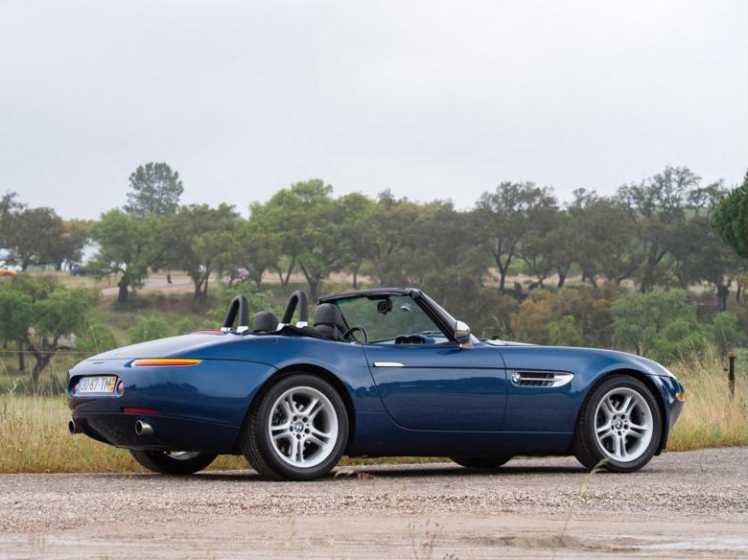 With a guide of 150 to 180 thousand Euros, the fact that the engine was replaced in 2011 really takes a good chunk out of the value. However, if owning a Z8 is your dream and money has been an object so far, this may be just the break you were looking for. 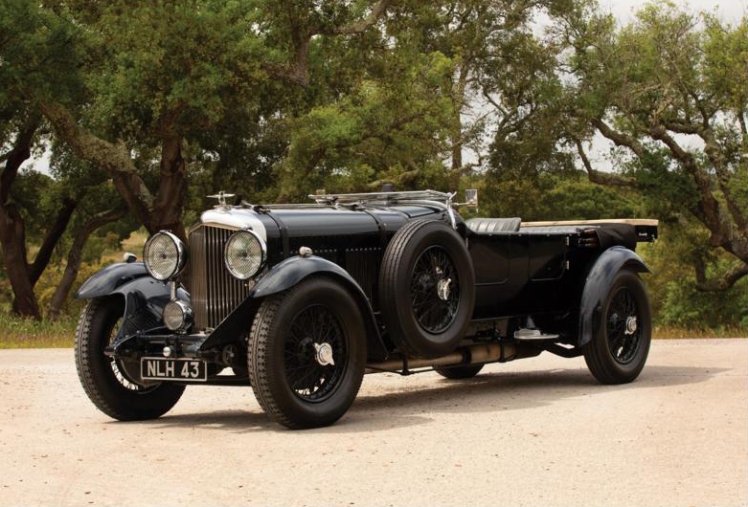 Very few cars are as charming as 30s Bentleys. The speed, the quality of the materials, the luxury…it’s not difficult to understand why these things were (and remain) so captivating. The Sáragga 8 Litre Tourer has had quite a life; first delivered to Singapore with Thrupp and Maberly coachwork, the second owner decided to shorten the chassis and fitted a two seater body to it. The third owner brought the chassis back to original specifications, restored the car and rebodied it again with a four seater tourer style.

With an estimate of between 700 and 800 thousand Euros, it’s clear that the changes it went through affected – as in the case of the Z8 above – the car’s value considerably. However, vintage Bentleys (unlike most of their contemporaries) are happily driven frequently and vigorously by their owners, so having one that went through several incarnations isn’t uncommon or a deal breaker, despite the reflection on the price because originality is simply worth its weight in gold. Plus, this one has a good history including documentation from new and even handwritten notes from the factory, so that helps to make it more desirable.

Note: All the lots in the auction can be seen here. All picture credits: RM Sotheby’s.