While the first part of the Caramulo Motorfestival coverage focused on the rides which showed up for the event, the second will take a closer look at cars from the Caramulo Museum (Motorfestival’s promoter and organizer) itself, as well as examples on loan to be featured on the temporary “supercars” exhibit.

Starting precisely with this special gathering of fast beauties, the exhibit was spearheaded by Caramulo’s own Miura SV, an indescribably beautiful thing. Other members of the absolute legends club were also present: the Bugatti EB110 (which AV readers may remember from the Motorclássico Salon coverage) and the Ferrari F40. Further along the exhibit you’d find an imposing Ford GT and a gorgeous SLR, as well as an Aventador SV, a 991 GT2 RS, an AMG GTR and a McLaren 675 LT MSO. To great delight of the public, a LaFerrari was on site as well. Not being my particular cup of tea, I’ll certainly recognize that you’re never just gonna walk past it without a second look. Actually, I don’t believe I’ve ever heard the word “Jesus!” uttered as often and emphatically as when I was hanging around The Ferrari. 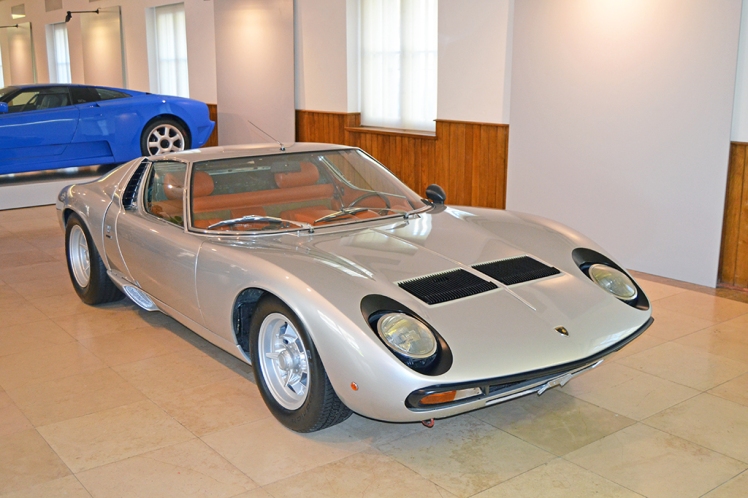 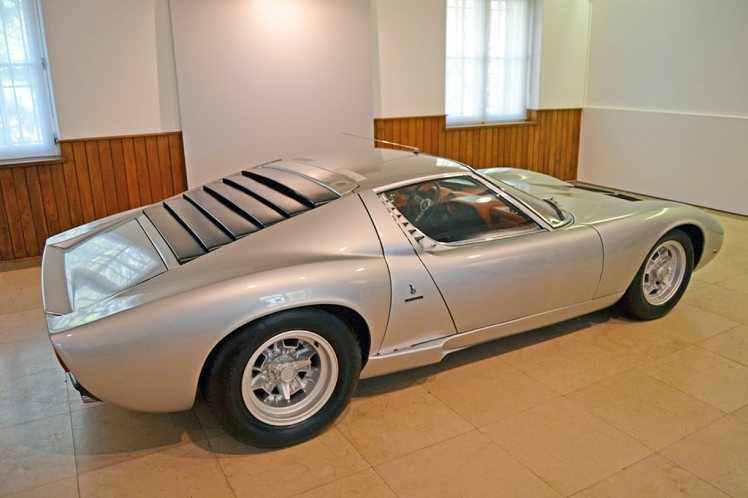 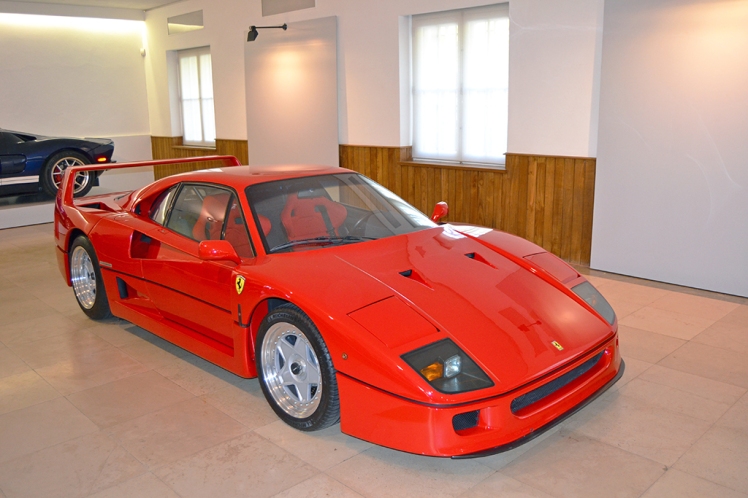 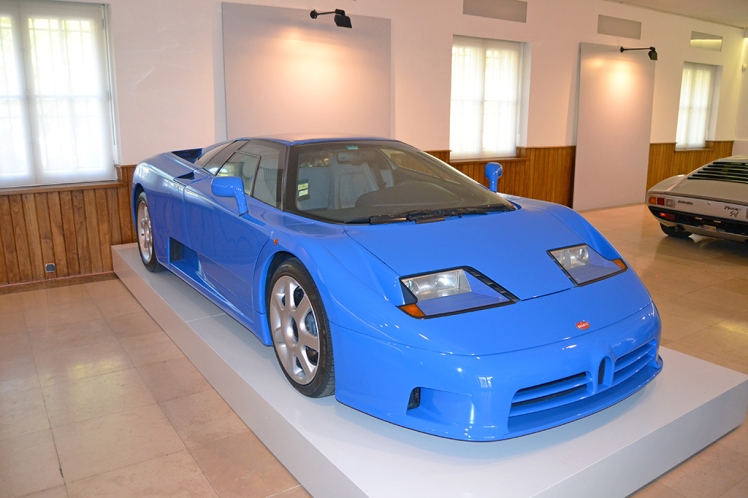 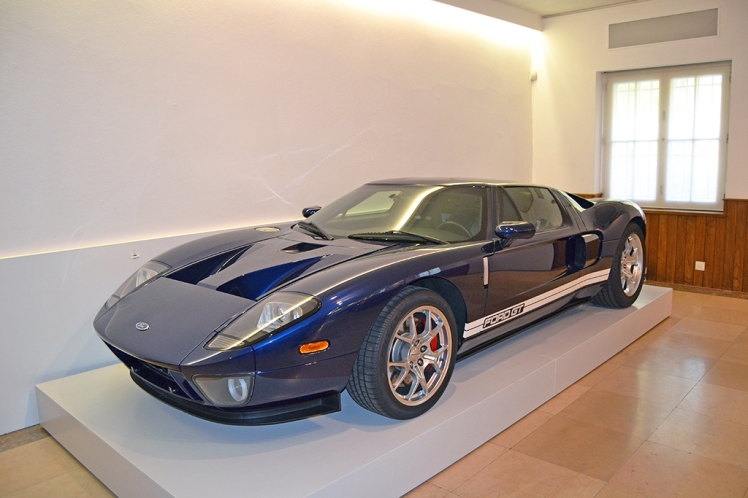 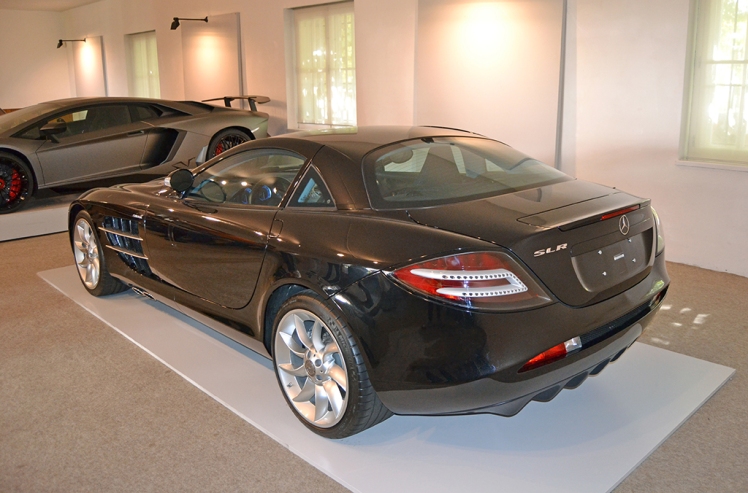 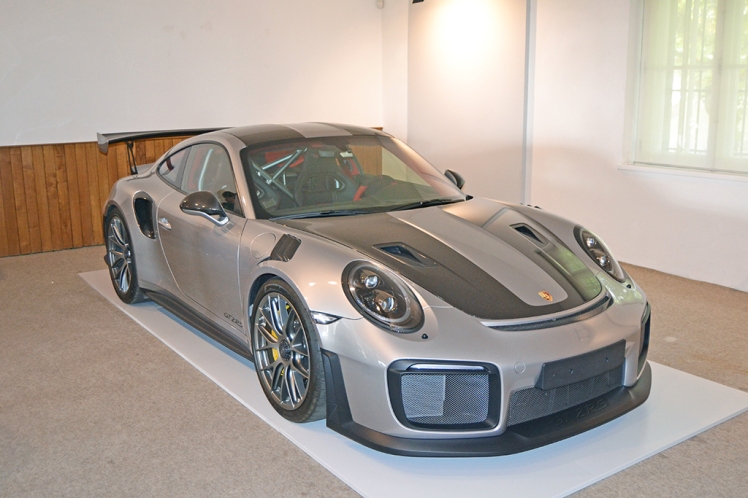 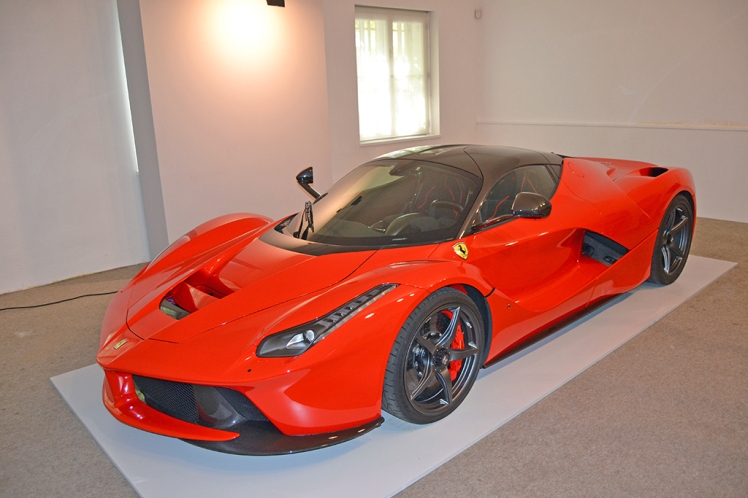 On the permanent exhibit space, a few of the early cars definitely made an impression like the Bugatti Type 35 B, the Hispano-Suiza H6B, the Bugatti Type 57 Stelvio Gangloff, a pair of Rolls Royce Silver Ghosts (1911 & 1920) and a lovely Mercedes 380K, as well as a Phantom III which carried such distinct passengers as Queen Elizabeth II and General Eisenhower. 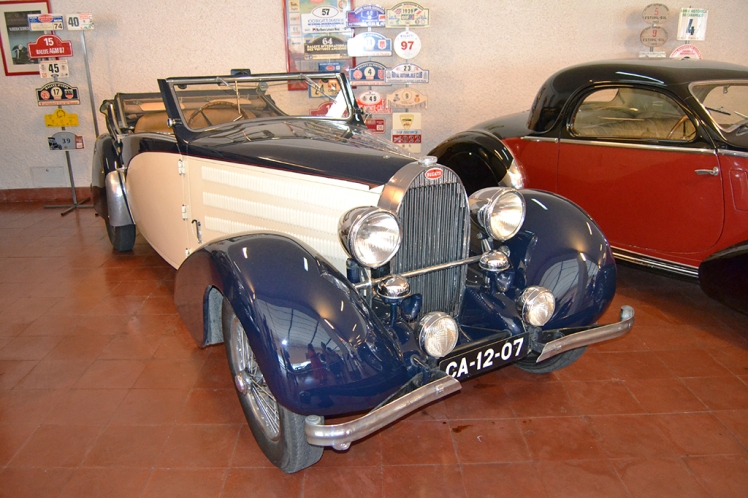 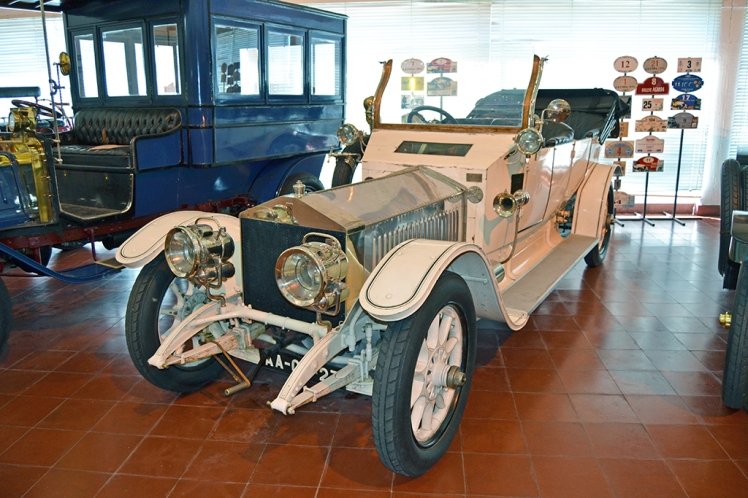 However there were two pre-war cars which really stood out, a couple of properly jaw dropping pieces: the 1938 Bugatti 57C Atalante and the 1937 Mercedes-Benz 770K Pullman Limousine. The Atalante is grace personified. The effortless fluidity of its lines is truly a sight to behold and the whole car just seems to live in its own time, like it doesn’t quite belong in the present and only stops at the Museum for some r&r before traveling back to the thirties in all its Art Deco glory.  The Pullman is perhaps the most imposing and impressive car I have ever come across. It makes every – single – thing around it seem small and thoroughly unimportant by comparison. The “large” Mercedes which lives at the Museum is also armored; in several of the pictures you’ll be able to see a replaced window and the insane thickness of it. This particular Pullman Limousine was ordered for Portuguese dictator Oliveira Salazar but ended up not being used. The state eventually sold it to a scrapper but the automotive masterpiece was thankfully saved by Dr. Lacerda, one of the two brothers who founded the Caramulo Museum. 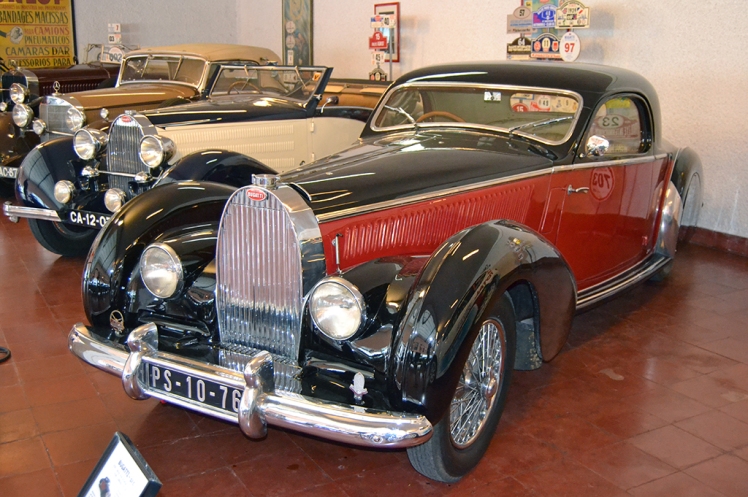 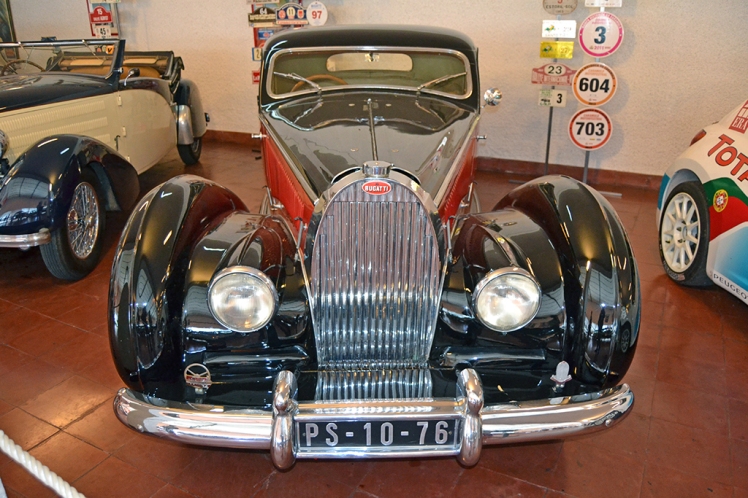 As far as more modern cars, I couldn’t overlook the wonderful Ferrari 195 Inter, an Adenauer and a Series 75 Cadillac Limousine, also a ride of the aforementioned Salazar. Other very honorable mentions include an Alfa Romeo 1900 SSC and a rare Pegaso Z 102 B (Carrozzeria Touring), one of just 84 ever made. 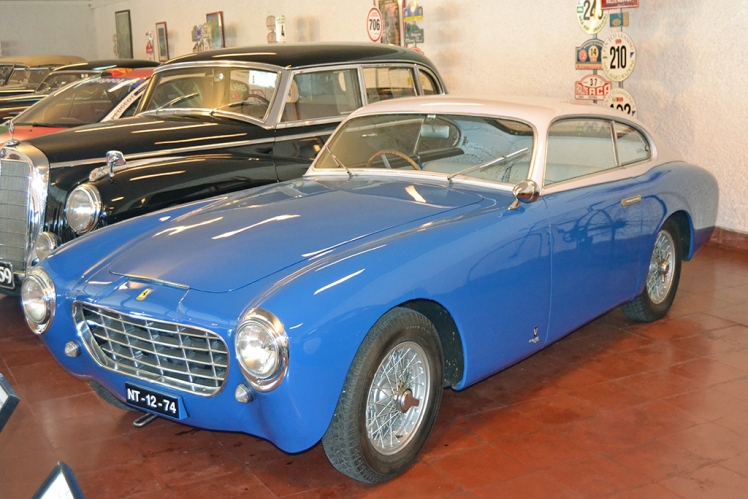 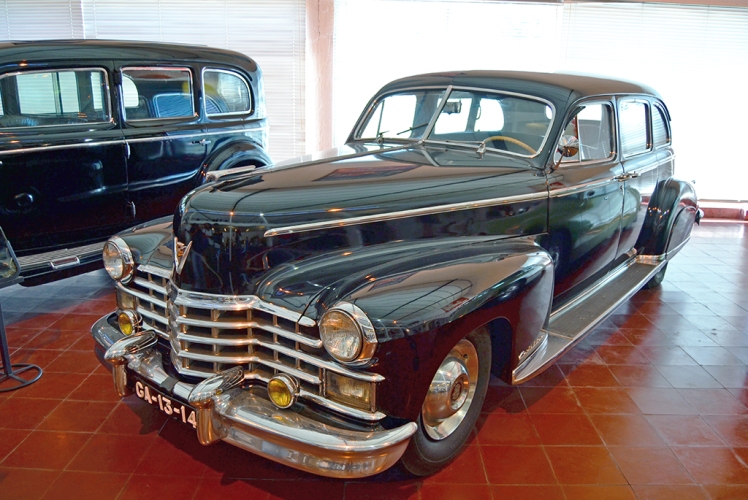 But the two models that really made my day were the stunning Mercedes 300SL Gullwing and the Lancia 037.

If you ever happen to find yourself around these parts (or just in Portugal in general), do take some time to stop by the Museum and appreciate a concise but quite interesting collection with some true gems in it. 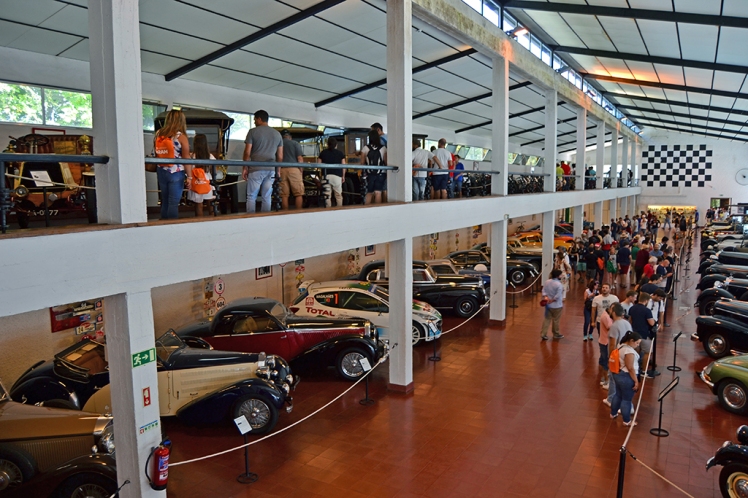 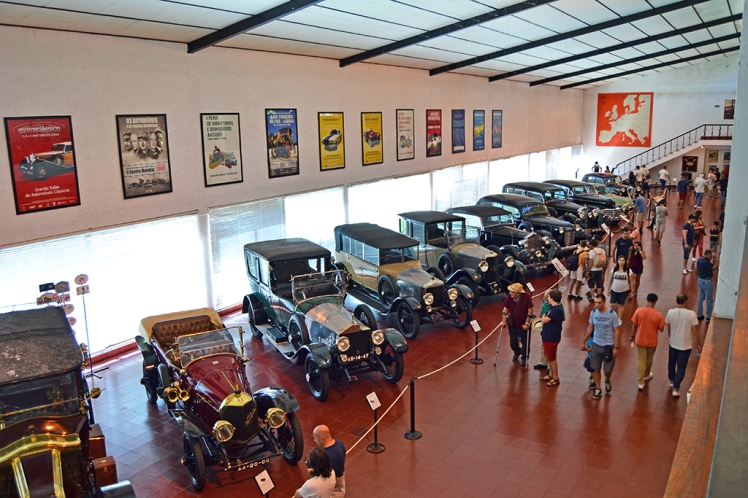 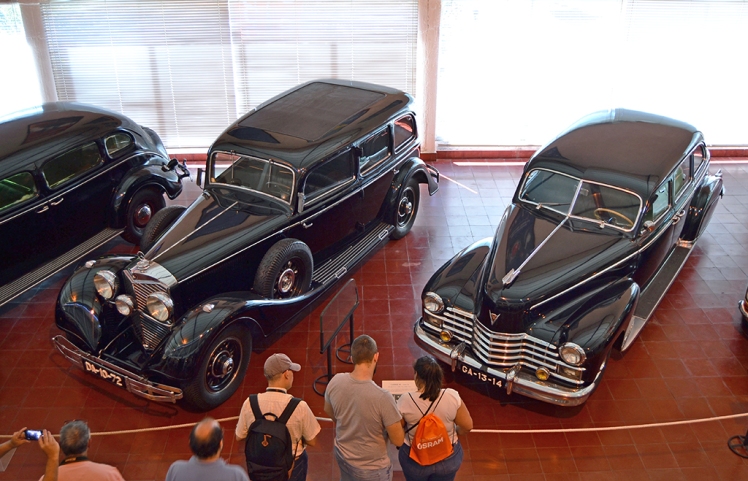