After a month without “For Sale!” – sorry about that – the feature is back on Automotive Views and this time we’re celebrating the holiday season with a few suggestions for the best kind of gifts: self gifts. For this special edition, AV is choosing a few really nice rides that despite being all kinds of cool, still don’t have a very strong market but that in time, are gonna cost an arm and a leg (we speculate…). So be your own Santa this year, get yourself something nice! And if in a few years you feel like you deserve a second 4 wheeled treat, you can sell the old one for – hopefully – a nice profit.
.
.
1972 Fiat 130 Coupe 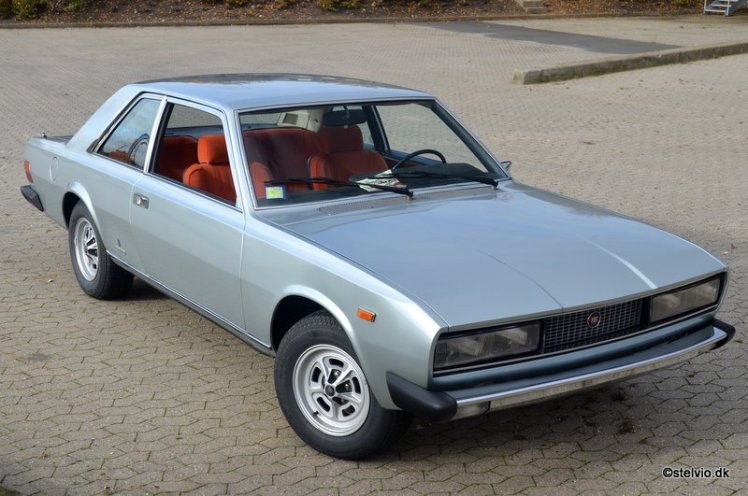 The market has been sleeping on the 130 Coupe for a long time now and I don’t get why. It has always been one of my favorite Fiats ever. Why? Just look at it! That is a properly sexy Pininfarina body right there! MmmMmmMmm! Designed by Paolo Martin, the same gentleman who gave us the controversial (and by controversial I mean freaking amazing!) Camargue and one of the most memorable concept cars of the 70’s, the Ferrari Modulo, personally I’d say the 130 is his masterpiece. Just one truly inspired piece of design.
Featuring a nice 3.2L V6 coupled to a ZF 5 speed, the 130 Coupe is a piece of art that just happens to be mobile. At almost 20.000 euros, the one featured here is at the top end of the market so that should tell you something about the 130’s bargain factor. These will be VERY expensive in the near future so get one now, enjoy, make a profit later…if you don’t fall hopelessly in love. This one had me at orange velouuuuuur interior… 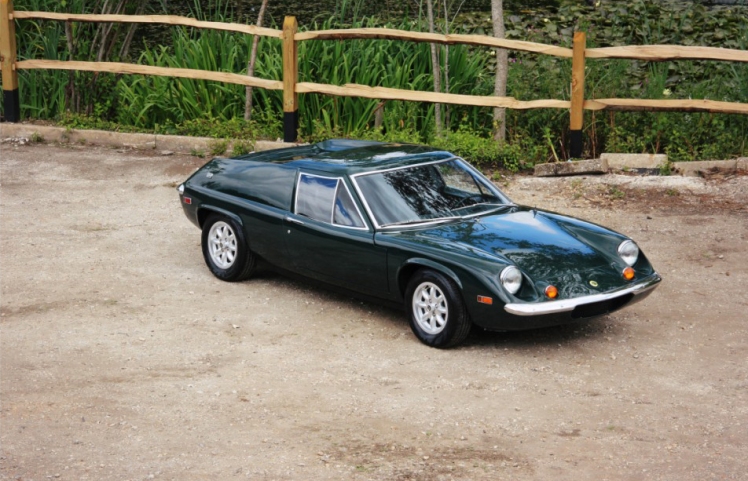 This is a controversial one. The Europa never was and never will be everyone’s cup of tea. It is one of the most peculiar sports cars to ever come out of England and because of that, the values on these are still relatively low by classic Lotus standards. Now you may be thinking “ok, but for this price, if I look hard enough, I’ll still be able to find an okay Elan” and that’s true, but while the Elan has always been popular (and a good example will set you back at least double the asking price of the car we’re featuring here), the Europa has a really strong oddball factor that despite being mainly detrimental to it so far, it’s a hell of an asset for the future.
So why a series 2 and not a series 1? Well, S1 cars are not only rare but they’re also extremely minimalist machines. Sure, you’d like your sports car to be light and nimble but Lotus took it to extremes. There were no door handles, no door covers, the seats didn’t even allow for adjustment! With the S2 all that changed. New, complete interiors and even electric windows (oooooooh! Fancy!) were available for the new and improved Europa. Even the very process in which these were made was altered. Initially, the Europa was a fiberglass body glued to a backbone chassis; for the S2, Lotus changed things up and began using fasteners instead…does inspire more confidence than glue, doesn’t it? But what do I know…
The car featured for sale here is a type 65 (also known as “Federal”) originally destined to the American market. In fact, the car was in the U.S. before being made available for sale in the U.K. American Europas also featured changes to the suspension and power plant, the last being something you’d initially get less than impressed with: a 4 cylinder, 80hp unit off a Renault 16TL…yeah, not a headline maker but you’ve gotta remember, Lotus was never about huge engines, the company has always been in the business of reducing weight and improving handling.
The Europa “Pilgrim Motorsports” has available isn’t perfect but it is quite fetching and a lot of it is in really nice shape. Plus, the British racing green really sets it apart from other Europas in this price range. 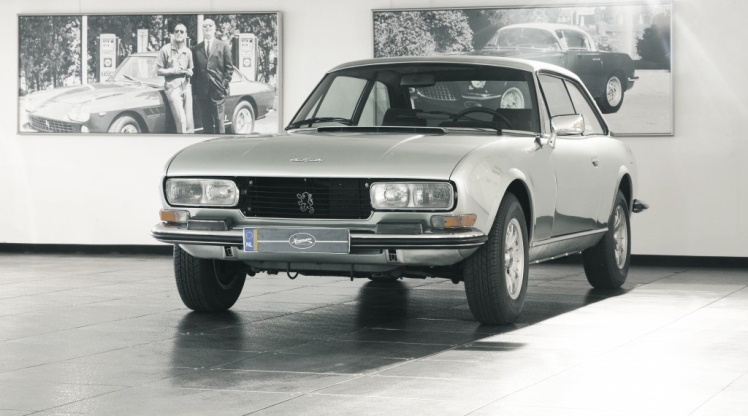 We all know that the 504 Peugeot is the stuff of legends. The whole lineup is extremely respectable with the 504 Break being the undisputed Queen of European wagons. Actually just talking about that thing makes me wanna go out and get one right now…but let’s not get into that and just focus on the 504 Coupe. With a PRV (Peugeot/Renault/Volvo) V6 filled with – for the time – innovation, the Coupe was good for 116mph, but to be honest that’s utterly besides the point. It could hypothetically do 100 or 200 and it would still be totally meaningless because it’s not about going fast in this thing, is about looking oh so good. Personally I don’t think there’s an ugly 504 but the Coupe, oh man…what a gorgeous looking thing! Like the 130 we were talking about before, the 504 Coupe is another Pininfarina design so its fantastic looks are really no surprise.
As was the case with the 130, the 504 featured in this ad sits at the Mount Everest portion of the market with an asking price of 14.500 Euros with wonderful examples of the same model being sold for low 10s. However, it does look like it’s in amazing condition. It’s a series 2 model which means some less attractive cosmetic bits, but better engine. Here you can find a series 1 in equally astonishing shape in Portugal for a little over 12.000 Euros, so for the moment you’re spoiled for choice.
The market just isn’t there yet for 504s but it will get better and better with time and these coupes will be at the forefront of the price increase trend so get one now! 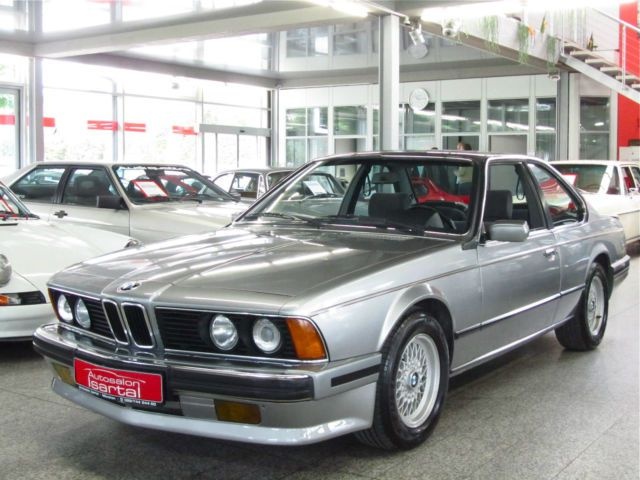 “CSi” is not just the name of (formerly) popular TV show, it also marks the baddest, most interesting bimmers you can buy. One of said feisty Bavarian motors is the misunderstood 635. The E24 6 Series got a bad rep from the start because of Karmann where the bodies were initially manufactured before very shortly turning into a pile of rust. BMW took production in house but the damage to the car’s reputation was already done. That being said, it is a BMW so you’ll be wise to get one with a particularly well documented service history if you do decide to indulge in this sexy coupe goodness.
The 6 Series is not a sports car; it’s more of a grand tourer and that’s a good thing because if you’re looking for something pretty but also realistic for more frequent use, this will be comfortable enough to withstand some serious mileage while packing enough umpf to make overtaking a fun sport. Inspired looks, comfortable interiors (being a proper 4 seater) and featuring one of the greatest engines ever made under its bonnet (the in line six M30), the 635 CSi has been overlooked until very recently when prices started to go up.
The one featured here for sale is a 1987 which means it came out of the assembly line almost at the end of the series 1 production run; on the plus side most of the kinks had been ironed out by then but unfortunately, this means you get a different appearance package featuring the big, bulky, ugly bumpers. The interior shows just a wee bit of wear, but nothing serious at all, very good shape for a car this age and on the outside all looks good. Mechanics seem honest but in shape so an all round temping little Bimmer and as I mentioned, they’re gaining popularity so we wouldn’t be surprised if good, affordable examples began to get really hard to find pretty soon. 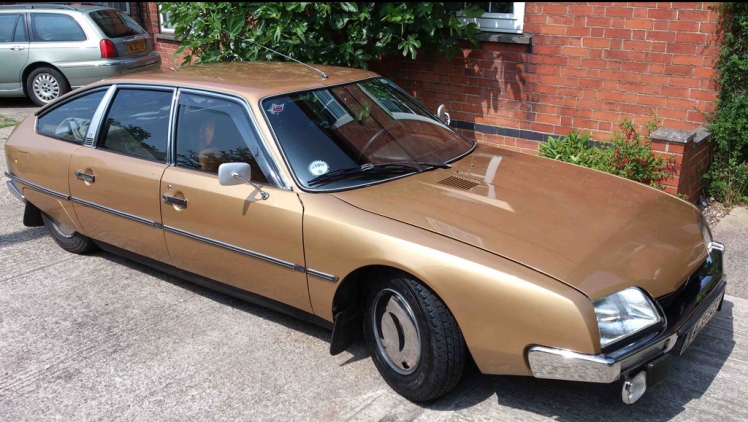 The Citroen DS was a hard act to follow. A brilliant design that is still futuristic today, endless mechanical innovation and one of the most effective suspension systems ever created insured that the DS earned its place in automotive history as one of the – if not “THE” – all-time greats. Thankfully its successor was no disappointment. The CX wasn’t as radical as the Goddess but it was still a very impressive piece of automotive design. Of all the cars we’re suggesting in this special edition of “For Sale!”, the CX is the most affordable with prices going as low as 2.000 for okayish, running examples.
However, the featured 1975 2220 CX is far from “okayish”. Not only does it look brand spanking new but it also has a few little details and history that seem really interesting. Not often something done on “For Sale!”, but here’s a bit of the description as posted by the private seller:

It is a lot of car for the money, especially in such a tempting condition. So why are the CXs generally so cheap? Short answer: suspension. Although the hydropneumatic self leveling suspension is AMAZING (being used by Rolls Royce on the Silver Shadown and ripped off by Mercedes for the kick ass 6.9 450 SEL), it is also a source of issues for the CX (as it was for the DS). Don’t get me wrong, it’s not that the system breaks down easily but most people just don’t know what the hell to do with it. Unless timely maintenance is performed with just the right kind of oil, issues are gonna develop. However, people tend to cut corners and look to spend as little as possible; as a result, often the system was messed with by mechanics who didn’t understand it or the importance of getting it just right because they weren’t Citroen affiliated. Because of this, Citroen’s suspension got an everlasting reputation for complexity and unreliability, none of which being fair.
Still, this can all be a plus for you, the buyer because with little money you can get a gorgeous, endlessly fascinating, comfortable classic. A while back DS’ started to spike in value and eventually you’ll see the same thing happening with the CX; in fact, I’m already starting to pick up on that so get yourself the gift of magic carpet riding with one of these.