We love budget challenges on AV. We’ve done quite a few and it’s always a ton of fun finding out just what kind of neat stuff you can get for a limited amount of cash.

This time however, it’s gonna be a little different because we’re not shopping for ourselves…you see, our very good friend, contributor and die-hard Maserati lover Keisha C. is looking for a new, affordable daily driver and we’re gonna help her choose! And so are you by voting in the suggestion you like best. Soon we’ll let you know if she took our collective advice or if she went rogue and got something totally different.

A couple of things about our little list: the limit was 5 to 6 grand because that’s our friend’s budget. We took a look at many, many ads as a guide for prices but we’re not focusing one ad in particular for each model we suggest. The cars we came up with had to be models available in the good ol’ US of A (obviously since that’s where our friend is), they had to be functional, by all accounts major trouble free, clean titles only, qualified for daily driving, as clean as possible in this price bracket, we’re obviously not expecting mint and perfect examples and, well…there had to be something special about them even in some small way. Stuff like a Camry may be ok enough, but it scores a dead 0 on the excitement scale and we can’t have that. Crazier things like Jags were discarded for having the potential to be a world of trouble and small 2 seater sports cars sat this one out as well since our friend frequently drives family around and has 2 hungry dogs which keep increasing in mass. Ground rules settled; let’s look at some interesting, affordable stuff: 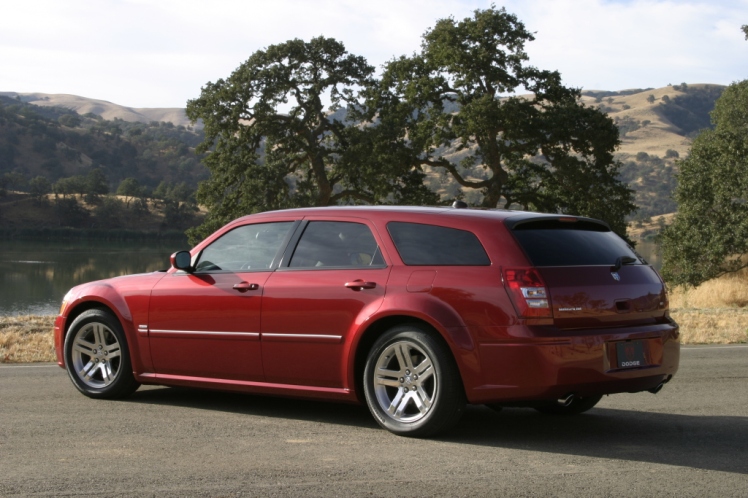 Our first suggestion goes towards something our friend doesn’t appreciate one bit: wagons. But to her we say, hang on…don’t shoot this down just yet, hear us out. We’ll make it interesting, promise. Looking hard enough, for 5 grand one can find a nicely cared for R/T Magnum with a respectable 340bhp, 5.7L Hemi V8. It’s dream muscle with real world applications. However the Magnum is a bit of a lottery, meaning it can be fine or it can go very, very wrong and when it does…well, it’s not kind on the wallet. 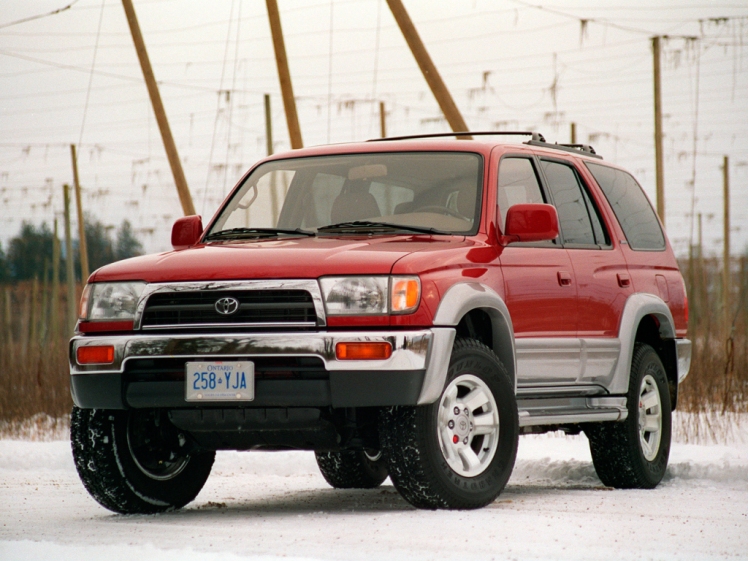 One of our personal favorites on the list, the 3rd generation Toyota 4Runner is a force to be reckoned with. There’s no point in going on and on about how good and reliable these Toyotas are since we all watched Top Gear and saw an older, pickup cousin of the 4Runner survive automotive hell. With this extremely cool and endlessly capable Japanese wonder, for the particular use our friend would give to it, we recommend the 4WD (of course) with the 3.4L V6.

Cons: Previous owner history, these have a tendency to be messed with and abused; interiors aren’t as durable as the rest of the car and you’ll be pressed to find a 4Runner of this generation with a decent one. 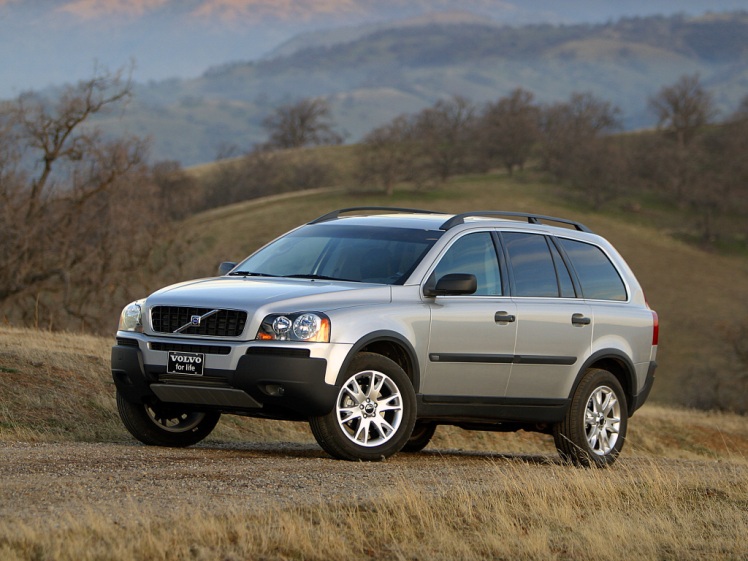 There’s a reason these things are generally pretty well loved; they’re good looking, safe, capable…however, there’s also reasons for the profound hate some folks have for the XC90. When they go wrong, they go waaaay wrong and when things get expensive, they get extremely expensive…What’s absolutely indispensable with these Swedes is a service history and for 5 grand you’re not likely to come across one with it. And the task gets more difficult because both our friend and everyone else should absolutely avoid (like the plague) the twin turbo V6 version of these, the most common one available for this kind of money. The best option is the simple 5 cylinder engine.

Cons: Extremely expensive service if it goes wrong; interiors are low quality for the manufacturer in question and will frequently be ruined.

At first sight there’s nothing special about the Navigator. We think it actually looks pretty good for something that’s basically just a big, box shaped lump of metal, but it stops there, right? Well no. There’s some substance to this beast. We can’t ask for much in terms of luxury from early 00’s cars in the US, but this one is actually pretty great in that department; the quality is much better than you’d expect. Plus, it’s surprisingly reliable, easy to maintain, easy to work on, parts are reasonable…not a bad deal. It’s not gonna win drag races that’s for sure, but that’s obviously not the point. And then, there’s this story, straight from the editor: “L.A.’s freeways are…an adventure. While there, I used to ride with people who’d very seriously do the sign of the cross every time we would head towards an on ramp. When traffic is congested it’s a nightmare and when you can move, people will act like they’re on a motorized version of The Hunger Games. One day we were on the 110 and traffic was unusually light, so we must have been doing about 55 when all of a sudden and without any warning whatsoever, one of the rear tires blows and when I say blows, I mean in an epic manner, it shredded itself to a million pieces, never seen anything like it before or since. The Navigator took it like a champ though. Like absolutely nothing happened, kept on straight and true to the next exit, no drama, great balance, a hell of a performance. Trim took some light damage but nothing serious, old tire out, spare in, done and ready to roll again. Never expected such a behemoth to behave so gracefully.” 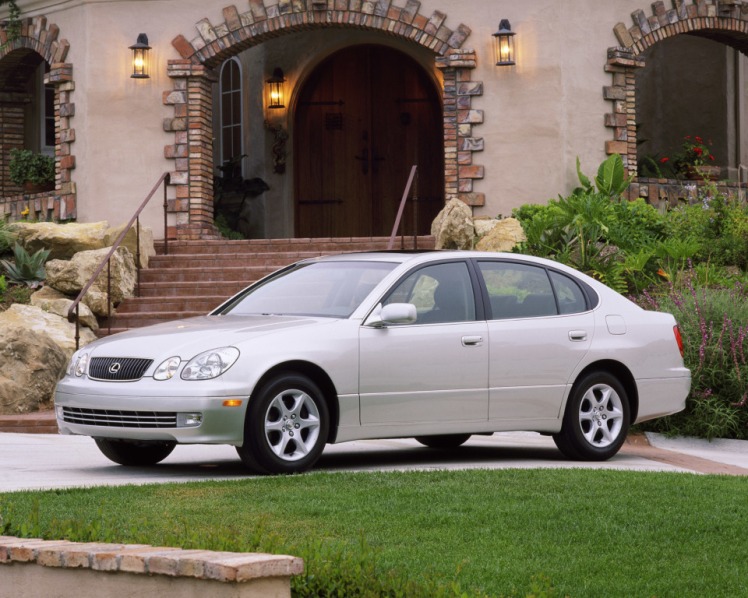 Let’s talk a bit about how freaking amazing the second generation GS is. No matter if packing the straight six (300) or the V8 (400, 430), the GS is one of the best models Lexus has ever made. These things truly are a testament to Lexus’ legendary build quality. There was craft, care, attention to detail and pride in the build of these cars and it really shows. The reliability is a huge selling point for these things; very rarely will something go wrong with them. Of course, this doesn’t exempt timely maintenance but that’s a reality with any car. With the GS you get the luxury and the gadgets without it all being a ticking time bomb like with an S-Class or 7 Series. One of the strongest suggestions we can give to our friend, it’s far easier to get a properly decent 300 than a 400 for this price (for very obvious reasons), but we think she’d be just fine with any one of them.

Cons: If we’re gonna nitpick (and it really is nitpicking): mildly bland looks. 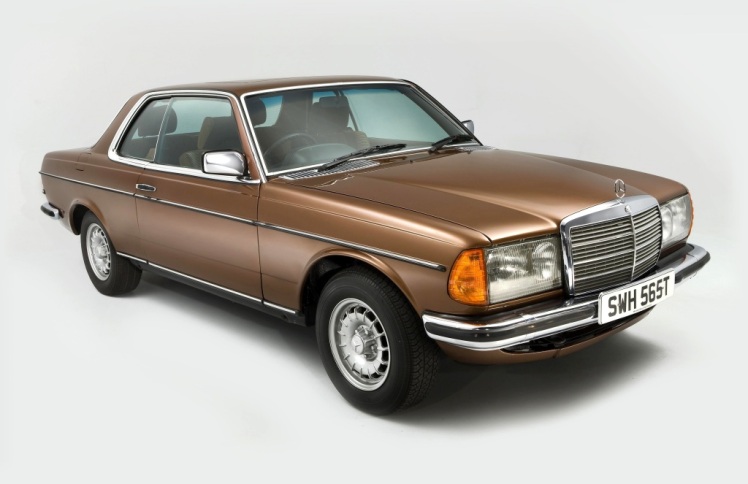 Our friend is gonna hate this one cause she’s inexplicably not a fan of old Mercs. It’s a flaw of hers we very graciously choose to overlook. But this is AV so we had to put something extra cool on the list. As was the case with the Toyota, we won’t waste anyone’s time raving about how reliable the W123 is. It’s the automotive equivalent of a roach. This being our last suggestion we’ll make it extra stylish and recommend a fantastic looking Coupe, more specifically a non turbo 300CD. The diesel heart will keep on beating forever and as far as looks go, the Coupe W123 is a complex design and not everyone’s cup of tea at first, but it really does grow on you. Plus, despite having two less doors then the other contenders, it’s still extremely comfortable and rear room isn’t as atrocious as you may think.

Cons: May (will) develop rust issues, not great to get anywhere in a hurry.

So here you have it, our suggestions. Of course we could spend hours talking about the pros and cons of each one of these, but that wasn’t what we’re going; just aimed to give our Keisha something to think about before spending her hard earned dollars. And now it’s your turn to help. Vote for your favorite and soon we’ll let you know the verdict!