On paper the Camargue has everything to be a real crowd pleaser. A Rolls Royce coupe, styled at famed Pininfarina with a great big V8 under the bonnet; what’s not to like? Well apparently a lot of things…The Camargue is almost universally held in the utmost contempt, frequently featuring in the “worst ever” car lists. And here’s why all that is nonsense. 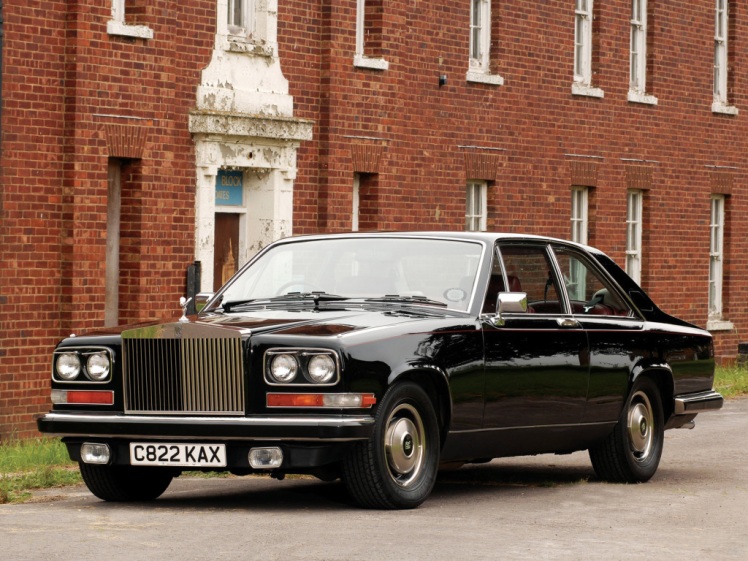 The main complains regarding the Camargue essentially fall into 2 categories: looks and price. While the first one is still a current bellyache, the second was only a real issue during the Camargue’s production years. Let’s focus on the looks of the thing first. In the early 70’s Rolls Royce wanted something to replace the aging Corniche. Rolls, as one does when needing something cool as hell, called up Pininfarina to get the celebrated design studio on the case. The man responsible for styling the Camargue was Paolo Martin, a master of the – then – contemporary design and the man responsible for one of Fiat’s best, the 130 Coupé. However, things didn’t go exactly how Rolls Royce had envisioned. What Martin came up with is extraordinary, it has presence, it’s stern, hell, it’s downright intimidating, but if it’s pretty or not…beauty is on the eye of the beholder. Most people seem to think  the Camargue is no looker, but if you won’t concede to anything else, you’ve gotta at the very least admit the thing is impressive.

What’s fascinating about the Camargue’s styling is that you look at it and you immediately get the thinking behind it. It’s not a “what?” but an “oh!” moment. The Camargue is such an innocent and honest Italian interpretation of what a big Rolls Royce Coupe should (had to) be. It’s not just a reflection of its time with the straight lines and general boxiness, it’s not just about fitting the comically large grill and humongous V8; it really is the product of Paolo and surely a few other Italian car guys scratching their heads and thinking “ok, we got the job, now what?” 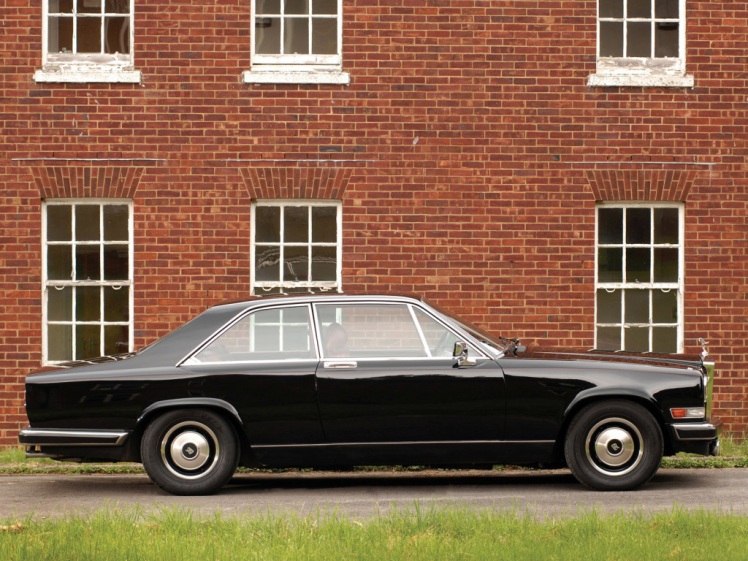 Because it’s so genuine, it’s also utterly brilliant and – we think – real good looking in its own way. We love how big it is, the fact that it weighs the better part of 2 and a half tons, we love the Fiat-ish rear and we especially love how insanely expensive it was when it was new, the second issue on why the Camargue is generally and unjustly considered to be a bit of a failure.

At launch, the Camargue was hands down the most expensive car in the world with a retail price of – wait for it – 147 thousand US dollars…in 1975!  On that alone everyone should most definitely be wanting one right now, but let’s take a moment and really put that price into perspective. Take the Ferrari Daytona, one of the all time greats; back in the day, one in the US would set you back – after tax – around 25 grand, meaning you had the choice of either getting 1 Camargue or about 6 Daytonas. Even in Rolls Royce’s own fleet, not even the flagship Phantom VI was anywhere near as expensive as the Camargue, and that’s pretty much a whole nation on wheels.

In production for 11 years, there ended up being just 530 Camargues made, low numbers for the time period and company in question. We’ve talked about the looks not being everyone’s cup of tea, we talked about the freaking stratospheric price, but we haven’t talked about the main issue with the Camargue and what really fuelled the bad reception it received: people just didn’t get it. They didn’t get the car because a Corniche could be had for a fraction of the price, the platform was exactly the same, the engine was the same, transmission was the same…why should the Camargue be so much more expensive? Well, it shouldn’t. Hey, we’re here to defend the car but we’ll stick to reason (well, in some points at least). The Camargue was spectacularly expensive but other than the dramatic looks, hard to pronounce funny name and fancy dual air conditioning system, it didn’t have much to back it up and that’s the real source of its bad rep. People probably expected something otherworldly and it was just…a nice Rolls.

And guess what, this nice Rolls, once the most expensive ride on the planet was invitingly cheap…for a while. Today a so clean you could eat off the engine bay Camargue will set you back (pre-import expenses for our U.S. friends) about 50 grand (USD); very recently it was 40 grand and just a few years ago it was 35…you see where this is going. The Rolls enthusiasts woke up and the market is picking up but you can still find nice examples on the 40 something range if you love this big slab of Pininfarina fun as much as we do.

From a car lover’s point of view, the Camargue is extraordinary just on its looks and history alone, but even if you look at it strictly as an investment, it goes to show just how important it is to distinguish between a car’s bad rep. and its actual faults.

One thought on “Everybody Hates the Camargue and Everybody is Wrong”